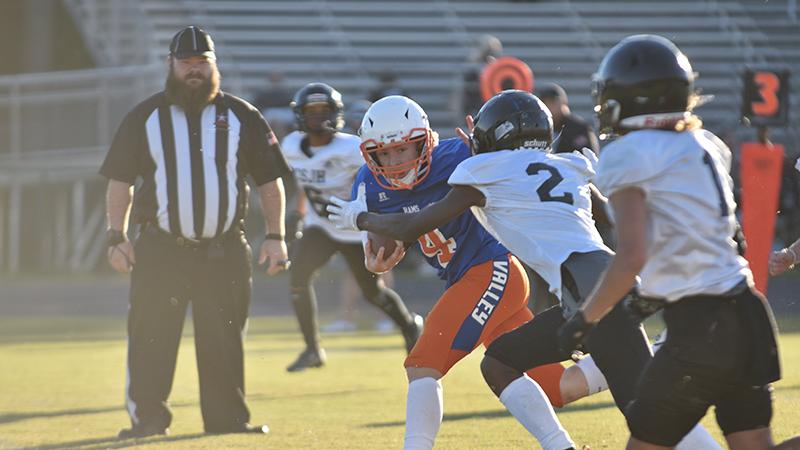 The W.F. Burns Middle School team was plagued by turnovers in their 18-8 loss to Smiths Station at Ram Stadium on Wednesday night.

The game was moved to Wednesday due to the Valley High game being moved to Thursday night.

Smiths Station was able to control the entire first half by possessing the ball for a quarter and a half.

Things didn’t get easier for the Rams as a fumble on their first drive let the Panthers control the game even further.

Things opened up for the Rams in the second quarter when a drive carried by running back Mason Yarborough ended in the Rams scoring and getting the two-point conversion.

The Rams went into halftime down 12-8, and things just never clicked for the offense from then on.

Although Yarborough continued to impress, W.F. Burns couldn’t sustain the drives necessary to beat the Panthers.

“We made too many mistakes, penalties and turnovers, and you can’t do that and win a football game,” Davis said.

The Rams have been working on ball security all season, but Davis knows that needs to improve.

“We work on it every day and all week,” Davis said.

“It’s part of our individual practice every day. It just didn’t work out for us today.”

The Rams haven’t had the best season so far, but there were some good games too.

Davis was also very pleased with his team’s rushing attack.

“We try to play really good defense and run the football. We try to control the game that way.”

Offensive struggles have plagued the Rams all season long, but they’ll have one more game against Opelika on Oct. 6.