Beulah falls to Weaver 30-14 on homecoming 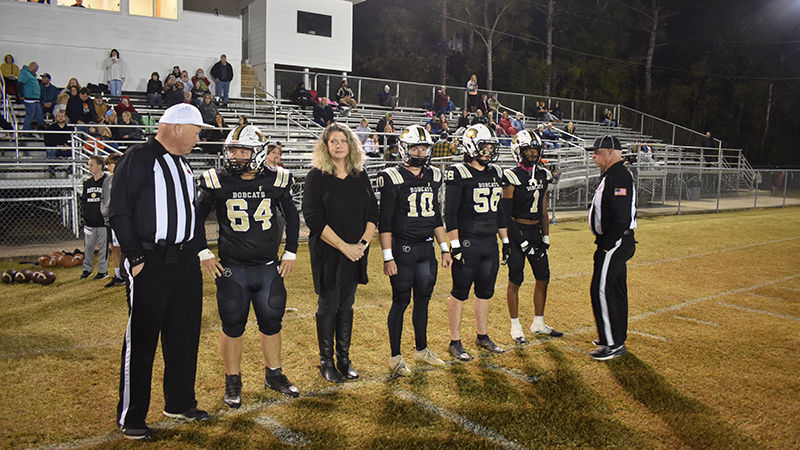 First half mistakes were costly for the Beulah Bobcats as they fell into a 22-0 hole at halftime. They rallied with a much better performance in the second half but fell on homecoming night to the visiting Weaver Bearcats by a score of 30-14.

The Bearcats scored on drives of five and eight yards and returned a fumble 60 yards for their first half TDs.

Beulah turned it over on a fumble inside the 10-yard line on its first possession. Weaver took full advantage of that opportunity, getting a TD on an eight-yard run by JohnnyMartin. Another fumble on the second Bobcat possession led to more points.

pass deep in Bobcat territory and ran it back to the five. A short run by Martin and a

two-point pass play extended the lead to 22-0 with 8:26 left before halftime.