CANCER FREE: Robin Gilbert opens up about her battle with breast cancer 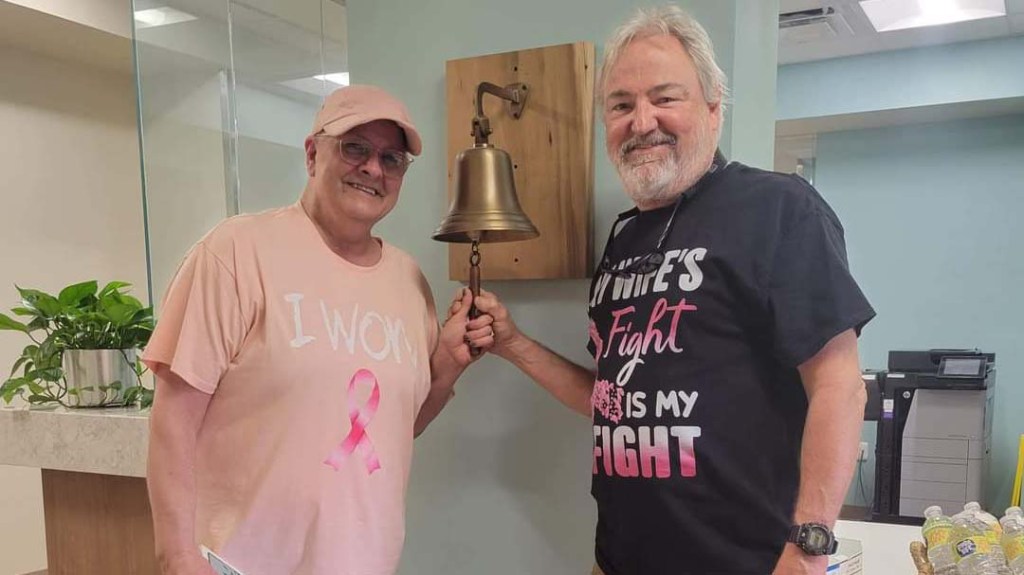 Life turned upside down for Robin Gilbert, of Fredonia after she was diagnosed with breast cancer in 2021. Luckily, Gilbert’s strong support system of family, friends and Lanett’s Team WHIP got her through the most harrowing year of her life.

“It hasn’t been easy but with the love and support of my family and my community, it’s been a lot easier to get through it,” Gilbert said.

Last October, Gilbert went for a mammogram during which the radiologist noticed an irregularity. A month later, her biopsy results came back, and Gilbert’s doctor gave her the news. She was diagnosed with invasive ductal carcinoma.

“It is a scary thing to go sit down in front of a doctor and have them tell you that you have cancer,” Gilbert said.

“When I finished my last of the four chemo treatments, TJ Wood from the sheriff’s department brought the pink Camaro all the way to Lagrange to pick me up and bring me home from that trip,” Gilbert said.

However, the side effects had taken a heavy toll on her by the end of her four chemo sessions. Gilbert lost her long hair, lost her energy and developed neuropathy in her legs.

“We love to go on vacations and go to amusement parks, and I play with them outside,” Gilbert said. “That has probably been the worst part of all of this. I just don’t have the energy to do anything.”

Ultimately, it was also her children and grandchildren who gave Gilbert her fight back. Pena along with Megan Willis and Nicole Gilbert, Gilbert’s daughter and daughter-in-law, were by her side every step of the way.

Sitting in her doctor’s office back in December, Gilbert was afraid to go through chemotherapy. However, when she looked at her five-year-old grandson, she knew she had to fight. When she thought of her daughters’ and granddaughter’s support, she knew she couldn’t give up.

“I couldn’t fail at this,” Gilbert said. “I had to do good. I didn’t really know if I wanted to do the chemo. I was terrified. My youngest grandson is five. So I just looked at him one day, and I said I’ve got to do this because I want to be here to see him get married and have kids.”

Gilbert also got in touch with Team WHIP President Narfunda Ross who provided support and connected her with a community of survivors. On Oct. 15, Gilbert led the Team WHIP walk as grand marshal at Lanett’s Community Health Fair.

Gilbert is now officially cancer free. However, because her cancer was HER2 positive, she has had to continue preventative hormone therapy. The therapy is designed to keep certain proteins from producing more cancer cells.

“They think they got it all and they see no reason why I should be concerned,” Gilbert said. “But of course every day when you wake up and you have a stopped-up nose or your stomach hurts, that’s the first thing you go to. ‘Oh no, I’ve got cancer again.’”

This Pinktober, Gilbert encourages everyone, including men and young women, to be observant and check in with their doctors. She stressed the importance of women keeping up with their mammogram appointments.

Gilbert’s mammogram appointment in October had been delayed due to COVID-19. She said that she was grateful that her doctors caught the cancer cells when they did.

“Even if it’s inconvenient, have your mammogram like you’re supposed to,” Gilbert said. “Had I not had that mammogram, it would still be growing.”

Gilbert had many to thank throughout her journey. Though her husband, children and grandchildren topped the list, she expressed gratitude for her wonderful doctors, Dr. Majors and Dr. Taylor from Wellstar and Dr. Gynther from Emory.