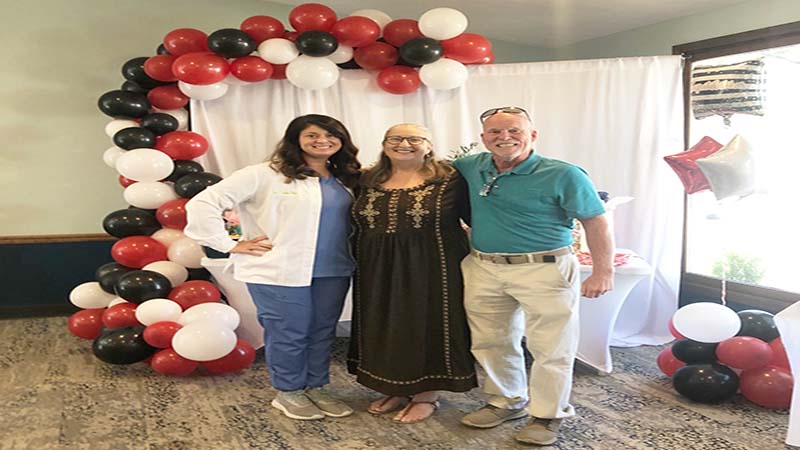 On Sept. 29., Parent Instructor Laurie Yates finally hung up her hat at the Circle of Care in Valley after 25 years of serving families.

Circle of Care nonprofit opened in November 1996 and the following April, Yates began working there after working in a similar program at Save A Life.

Circle of Care employees work to support the community. The programs they offer depend on what families in the community need most. One recent development was the acquisition of a van to provide families with transportation to doctor’s visits. Another was distributing head lice treatments to families.

“Wherever we see a need, we try to meet that need for families,” Yates said.

However, these services developed over many years as the organization sought out needs.

“When they opened, the only two programs were the GED classes and the home visitation parenting program,” Yates said. “That’s what I was hired to do.”

Yates often met new parents at the hospital or by doctor referral. She paid monthly house visits to parents in need from prenatal to five years old. While there, she taught parents about child development from four main areas: language, cognitive, social and emotional and motor skills.

After 25 years of service, Yates was on her second generation of children. Some of her first children now have kids of their own that Yates has served.

“I get real tickled about it,” Yates said. “When you’ve been with somebody since they were pregnant or their child’s just a baby, and you’re with them for five or six years, they’ve become like your family.”

Still, there had to come a time when Yates would hang up her hat. Though she put it off for as long as she could, the day finally came on Sept. 29.

“A couple of years ago, I said, ‘Well, you know what, I think maybe I might start looking at a date to retire’ and I kept putting it off and putting it off. And then finally, I decided, you know, we’re starting a new program year.”

However, her friends at Circle of Care would not let her leave without saying a proper goodbye.

Yates was surprised with an Alabama football-themed party. In addition to her coworkers, Supervisor Shannon Boyd invited many of the families Yates worked with from over the years. By the end of the party, Director Jonathan Herston gave a speech, recognizing Yates hard work.

“I just had no idea,” Yates said. “I was pretty overwhelmed at everything. It was great. I worked with a lot of wonderful folks.”

After 25 years, Yates had a lot of people to thank at the Circle of Care. Among them were Boyd, Herston, Case Manager Kea Costley and many other coworkers.

However, what Yates will probably miss most are the connections. Yates fondly recalled the way her children used to run up to hug her and tell her they loved her.

“I get a little teary-eyed about this,” Yates said. “That’s when you know that you’ve made a connection, and that you’re making that difference in a child’s life.”

Even though she’s retired, Yates is not one to sit still and finds herself dropping by the Circle of Care office often.

“I don’t think there’s probably been too many days since I retired that I haven’t been back by there for something,” Yates said.

The bonds that Yates has nurtured over the years have also continued into retirement. She remembered how she recently saw the son of one her first families graduate from flight school.

“That’s the part that really makes me feel good is to watch these kids grow up and to see what they’ve done with their life and to remain close to the families,” Yates said.

Yates recalled a young mother that she met at the hospital. She had decided to be the best mom she could be despite the obstacles.

After finishing school, she went to college, got married and had another child, all with Yates by her side. It’s no surprise that the mother asked Yates to be her son’s godmother.

“I’ve got several other godchildren,” Yates said. “Sometimes, you’re the only family they have, and sometimes you’re the only person that they ever hear ‘I love you’ from.”

Current families of the program also still reach out and treat her as a part of the family.

“They call me Grandma Laurie,” Yates said. “And I’m going to Grandparents Day at the end of this month at school.”