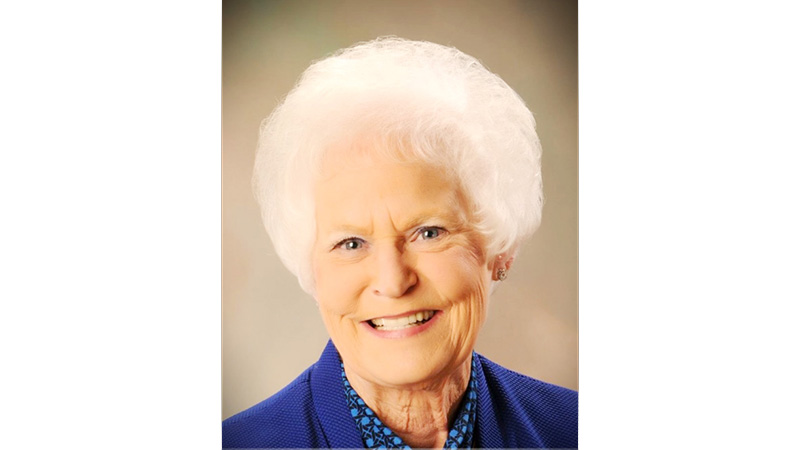 VALLEY — Carolyn Lott died on Monday of this week after a long and courageous fight against an extended illness. She was laid to rest in Fairview Cemetery Thursday afternoon with the Rev. Aaron McCollough and Dr. Richard Carter officiating.

Carolyn was a certified public accountant by trade. Anyone who knew her admired her brilliance when it came to anything involving numbers. She was a whiz with taxes, deductions, retirement accounts and the like. The long line at Wednesday evening’s visitation at Johnson Brown-Service Funeral Home bore testament of the many lives she touched with her truly big heart. She was very involved in the local community and was a big supporter of Valley Haven School and the Chattahoochee Fuller Center Project. She loved her Auburn Tigers. Win or lose, during game week she always wore orange and blue. Her accounting office in Lanett and her home had all kinds of Auburn memorabilia. When she would meet a fellow Auburn fan, she wouldn’t say hello, she would greet them with “War Eagle!”

She still had a schoolgirl love for her husband, Joe. Despite the fact he is a huge Georgia fan, they had a wonderful marriage of more than 54 years. They married in the summer of 1968, just before Carolyn started her senior year at Valley High.

Carolyn was a dedicated member of the West Point Rotary Club. She was more than a member to her fellow Rotarians, she was a dear friend. During her lengthy illness, club members Julie Ambrose and Jody Elmore gave weekly reports on her condition at the club’s Thursday meetings. Recent reports had been encouraging but sadly, she took a turn for the worse and passed away on Monday just a few weeks short of her 72nd birthday.

Stacey White, who worked as an accountant in Carolyn’s North Lanier Avenue office for 28 years, said that Carolyn was more of a second mother to her than an employer.

“She was my accounting teacher at Southern Union,” she said. “When she was my teacher, she hired me to come and work for her. I’ve been there ever since. Working for Carolyn was not just a job, it was a big part of my life. My two boys, Rance and Colt, called her Grandma Carolyn when they were growing up. Rance is now 19 and Colt 13. When I was having Colt, Carolyn kept Rance for me.”

Every pew was filled and some were standing near the chapel’s back wall for Thursday’s 11 a.m. funeral service.

Kevin Dunn opened with a beautiful version of “I’ll Fly Away.”  The Rev. Richard Carter followed by saying that Carolyn had been his friend and that it was both an honor and privilege to be speaking about her in front of not only friends but people who called her mother, grandmother and aunt.

Carter said he will never forget how supportive Carolyn was to his basketball teams when he was coaching at Lanett High.

“She always helped make sure we were treated well when we made those trips to the state playoffs,” he said.

Carter said that Carolyn was the kind of person the Apostle Paul was talking about in his Epistle to the Galatians:

“Those who live their lives for sinful ways will never be fulfilled, but those who live a righteous life will reap the harvest.”

He said that Carolyn was one of those who had reaped a harvest. “She was such a generous person,” he said.

“She truly cared for others. I never met a kinder person. She lived her life for the harvest.”

Also speaking was the Rev. Aaron McCollough, who’d had two stints as her pastor, first at Flat Shoals Baptist Church and more recently at Roper Heights Baptist. The Rev. McCollough said there’s a magical line a minister has to cross over from being a paid preacher to the pastor of a church.

He was privileged to have done that twice with Carolyn and her family.

“Life is short,” he said. “The shortest space of eternity is what we call life. Life is short, and death is certain.”

“The fact he is an only child had nothing to do with it,” he said to some good-natured laughter.

McCollough said there were five basic things he knows to be true: (1) life is short, (2) death is certain, (3) how we live this life determines how we spend the next life, (4) death is not an end all and (5) there are no unimportant people to God.

“I know that Carolyn Lott is in heaven today,” he said. “She knew Jesus Christ as her lord and savior. That’s the only requirement to go to heaven. You have to be born again.”

McCollough said that death cannot take away the special memories of those who were loved.