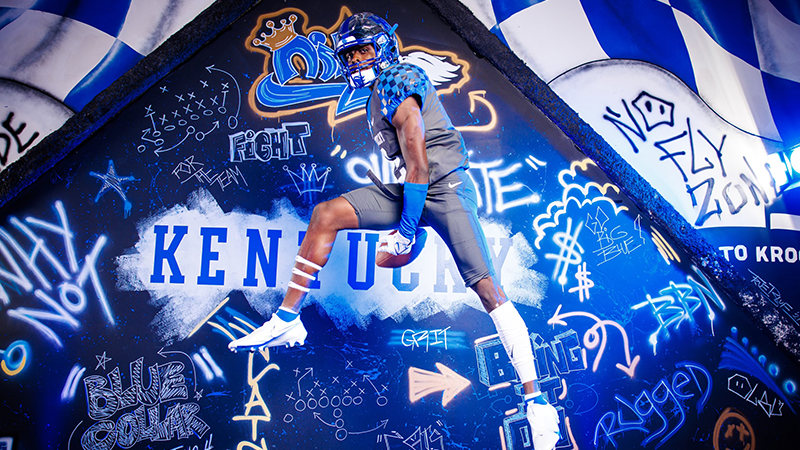 Valley defensive back Jay Harper took an unofficial visit to Kentucky over the weekend for their big win over Mississippi State.

Harper has garnered a lot of attention from colleges over the season, and Kentucky is his biggest offer so far.

Harper currently has four scholarship offers, with the other three being from the University of Alabama at Birmingham, Tuskegee  and Marshall.

Harper has also taken two unofficial visits to Auburn and one to Alabama.

Harper has caught the attention of several schools with his skills as a defensive back and return specialist.

Harper was pleased with his Kentucky visit.

“It was amazing,” Harper said. “The coaches and players really made me feel at home. The atmosphere was amazing. It was really a great visit.”

Harper got to experience what it was like to beat a ranked team at Kentucky’s Kroger Field.

“It felt great to be at Kroger Field,” Harper said. “It really felt like a place I could play at. The fans are amazing. The coaches and players talked about wanting me there.”

He also enjoyed several other aspects of Kentucky’s campus.

“I really like the facilities,” Harper said. “They have a really big weight room. The locker rooms are really nice.”

Harper didn’t get to see much of head coach Mark Stoops, but he did get the chance to talk to several other coaches.

He also believes that Kentucky would be his top school right now.

Harper doesn’t know when he’ll commit, but he would like to do it some time before his senior year.

Harper is happy to be one of Kentucky’s top targets in the class of 2024.

“It feels amazing to be a target of one of the big time programs,” Harper said.

“My other top schools are UAB, Marshall, and Tuskegee. I’ve been talking to a lot of schools, so I’m hoping they’ll offer me.”

With Valley not making the playoffs in football, Harper will switch his focus to basketball.

He also feels like he’d be a perfect fit in Kentucky’s secondary.

“Their corners are kind of built the same as me,” Harper said.

“I can bring speed and good coverage skills to their team.”

He also liked the city of Lexington.

“There aren’t too many distractions, but it’s still a big city,” Harper said.  “I like big cities.”

Harper will make his next unofficial visit to Oxford, Mississippi for an Ole Miss game.