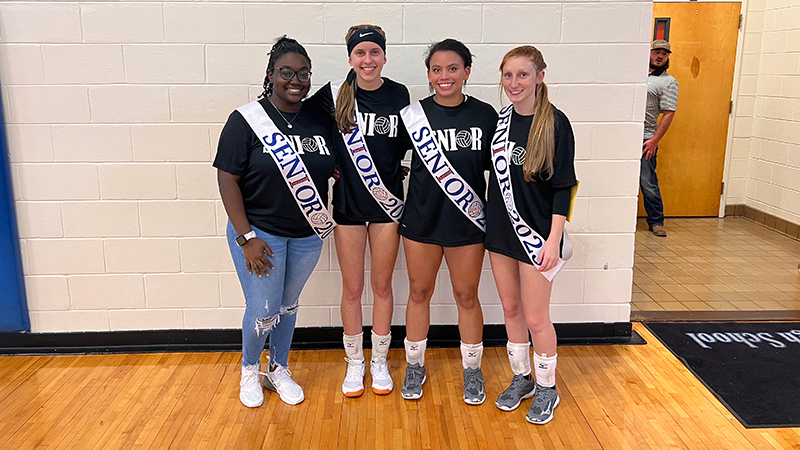 The Valley varsity volleyball team played a triple match against Beulah and Booker T. Washington for their senior night at home on Monday.

The Lady Rams started out with a best-of-three match against the Bobcats, and they lost 2-1.

The game was originally scheduled for last Thursday, but Hurricane Ian forced the Valley football team to move their game, which made the volleyball team move their senior night.

The Bobcats then played the Lady Eagles, and Beulah swept them 2-0.

“They’re some of the girls I started out with here, so it’s pretty emotional,” Messer said.

“I’m very proud of them and everything they’ve accomplished here. They could be the last seniors for Valley High, so it’s just something they’ll have to cherish forever. We’re going to be moving on to even better things.”

Valley senior Charlee Quinton shared her thoughts on being one of the last seniors in Valley High history.

“It feels good. It feels crazy, but it’s good,” Quinton said. “Volleyball means a lot with the team we have, and how good we are. We work together as a team.”

“It’s kind of sad, but combining will help this team” Chandler said. “Volleyball has changed me as a person and helped me become who I am.”

Senior Darcee Wright is also happy with her senior year.

“It felt good when we beat Lanett,” Wright said. “We’re the last class to beat them. Volleyball has helped me learn better teamwork and communication skills.”

The Bobcats will play their first home game of the season on Tuesday for their senior night.

The Lady Rams will still play one more home game against Notasulga on Wednesday.