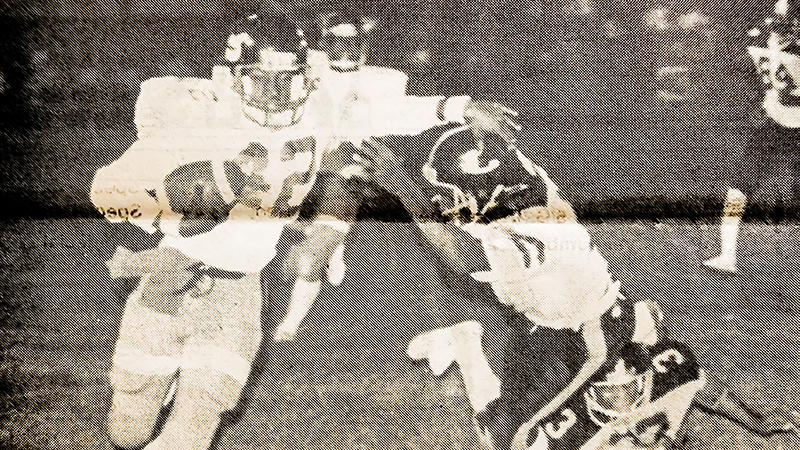 The historic rivalry between LaFayette and Lanett may be coming to an end this year, but the impact goes beyond the football programs.

If LaFayette does consolidate with Valley before next year, almost 100 years of love and hate between the Bulldogs and Panthers will come to an end.

The rivalry has meant a lot to local figures since it first started in 1927.

Both schools have also undergone drastic changes in those years.

This year, Lanett head coach Clifford Story and LaFayette head coach Juan Williams will be standing on opposite sidelines for what could be the last ever matchup in the history of these two schools.

“It’s always been a big rivalry for us,” Story said. “I have a valuable interest in LaFayette because that’s where I played. That’s where I’m from. I have family in that district. It’s a bittersweet thing for me. LaFayette has always been my second favorite high school. I still care about that program. I only wish them bad luck one time a year, and that’s when we play them.”

Story’s favorite memory from the rivalry was in 2016 when the Bulldogs beat the Panthers 66-26.

“Ike Grant was my coach at LaFayette,” Story said. “He was one of the best to ever do it. Two of my favorite guys are Qua Boyd and ‘Boobee’ Whitlow. Those guys are very dear to me, especially Qua. I raised him. He’s like a nephew to me. We still talk every day. I have a great deal of respect for them. They made plays to beat us. We had some games against them too. I remember Whitlow scooped the ball up on a punt return and ran it back.”

Williams has only been a part of this rivalry for three years, but he understands the importance of it.

“It means a lot to us as a team,” Williams said. “It may be the last one. It’s all about how you finish. It means a lot to the kids, but they’re thinking about the next opponent. They all know each other, so you don’t have to add any fuel to it. This is a big rivalry. We’re going to go out there and try to compete. We haven’t beat them yet, so hopefully the third time’s the charm. It means a lot for both communities.”

Before Williams was the athletic director of LaFayette, long time head coach Ike Grant coached the Bulldogs when they started playing every year in 1982.

“I was only at LaFayette for 40 years,” Grant joked.

“It’s been a great rivalry from the start. You don’t have to get your kids up for that game. The kids are motivated. Some of them hang out together. It’s one of the biggest turnouts as far as attendance for LaFayette every year. When I was in high school, I played against coach [Morgan] Washburn when he was the head coach. I had the opportunity to coach against him. I admired him when he was at Lanett. He was a mentor to me. We used to talk about the rivalry. I hate to see it end, but it’s not something I can control. Coach Story has done a great job.”

“He called me and asked me about the job at Lanett,” Grant said. “That’s really special to me. I coached against him twice, and then I retired. Coaching against him gave me a feeling I never had before. It’s a kid you coached and mentored, and then you get on the sidelines across from each other. It gives you a chance to see what influence you had on that individual.”

Grant’s favorite memory from the rivalry was coaching against Ronnie Sikes when he was at Lanett.

“We ended up scoring 67 points on Lanett, but we weren’t trying to,” Grant said. “Coach Sikes did that to LaFayette the year before.”

Grant also feels like the end of the rivalry will have a negative impact on the county.

“It’ll devastate the community,” Grant said. “That’s one of the biggest things in LaFayette. The high school has a lot of pride. Athletics is so big there. They look forward to the school activities. Consolidation is one thing, but that will cause devastation to LaFayette. They won’t have anything to relate to.”

Lanett’s second winningest coach, Dan Washburn, also knows that the rivalry is a big deal to the community.

He also explained why the two teams never played between 1965 and 1982.

“The size of the two schools was too different,” Washburn said.

“From the time I was there until 1982, I tried to schedule LaFayette several times, but I never got a date with them. We just didn’t play. Lanett was bigger back then. We were 4A, and they were 2A. It wasn’t the same. I had a relationship with Ike Grant, and we were able to schedule a game in 1982. Grant really put the LaFayette program on the map.”

“It was a heck of a game,” Washburn said.

“It was never an easy win. It didn’t become a big rivalry until they became part of the same classification. It’s been a good rivalry for the past several years. Story has built a great program. It’s always been a game people had a lot of interest in. Any time you’re ending anything that’s historic, it has a great significance for both communities, especially LaFayette. Change is difficult, but it’ll be a great game on Friday night. Coach Williams has done a great job at LaFayette, and he’ll have his team ready.”

Former Panther Jacob Tyler remembers his years playing against LaFayette, and he graduated in 2006.

“Back in high school, we weren’t really that close of a school,” Tyler said. “One of my cousins played at LaFayette, so I actually got to play him. There was a lot of trash talking between me and him. It was a game where you would put everything on the line no matter how you did that year. It was kind of like Auburn and Alabama. The unexpected would become the normal. It was always a friendly competition. You didn’t want to be the one to lose that one because you would have to hear it from your friends all weekend.”

Tyler’s favorite memory of the rivalry was when Lanett won in his senior year.

“I got to play my cousin, and he dropped some information on me,” Tyler said. “He told me which guys would be gunning for me. The entire game it was just me and him butting heads. It was a close game, but it was a good game.”

Tyler feels like the impact on the community won’t be that big when the rivalry is over.

“Everything changes,” Tyler said. “You just have to live with things changing. You can’t stop change. It’ll take away the kids’ ability to compete with someone who lives next to you. We always talked trash, and you laid everything out in the game. It’s not a good or a bad thing, but it’ll take away the competitiveness in the community.”

The game will be played at Morgan-Washburn Stadium on Friday at 8 p.m. EST, and the winner could have bragging rights forever.