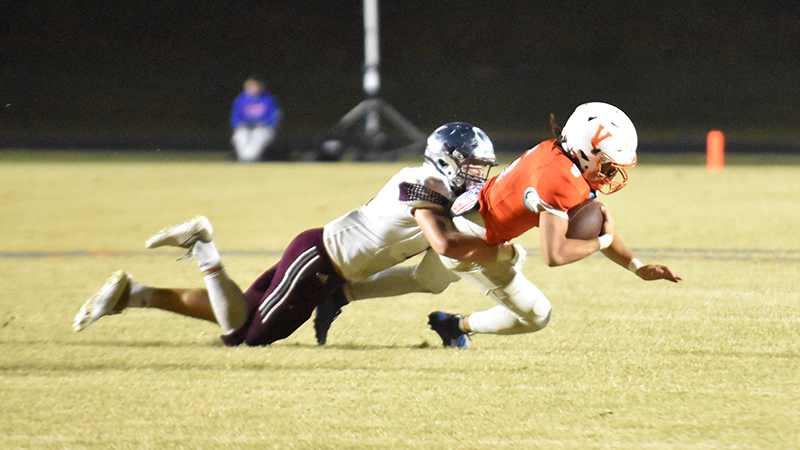 Turnovers cost the Valley Rams in their 17-13 loss to Elmore County at Ram Stadium on Friday night.

The loss now means the Rams are eliminated from playoff contention.

Valley struggled the entire night offensively as the Rams just couldn’t seem to get in the end zone.

Several key turnovers cost Valley, and a botched snap in their own end zone on a punt gave the Panthers a free touchdown.

The Rams were also trying to establish an offense without their starting quarterback, Cam Dooley, who injured his shoulder last week.

“We threw him into the fire. He hasn’t played quarterback all year. He managed the game well. We just didn’t execute when we had to. We made too many mistakes and that hurt us.”

One of the issues that plagued Valley was their snapping, and Hunter knows that having Childs, who isn’t as tall as Dooley, under center made it tough.

“We had some bad snaps,” Hunter said.

“We have to clean that mess up, and we have to do better than that.”

Valley’s issue over the season has been small errors that have resulted in scores for the other team.

“You have to change the way you practice,” Hunter said.

“When you don’t practice the right way, that happens.”

Depsite the loss, Hunter was pleased with his defense.

“I thought we moved the ball well.”

The Rams will play their last home game of the season against Carroll next week.