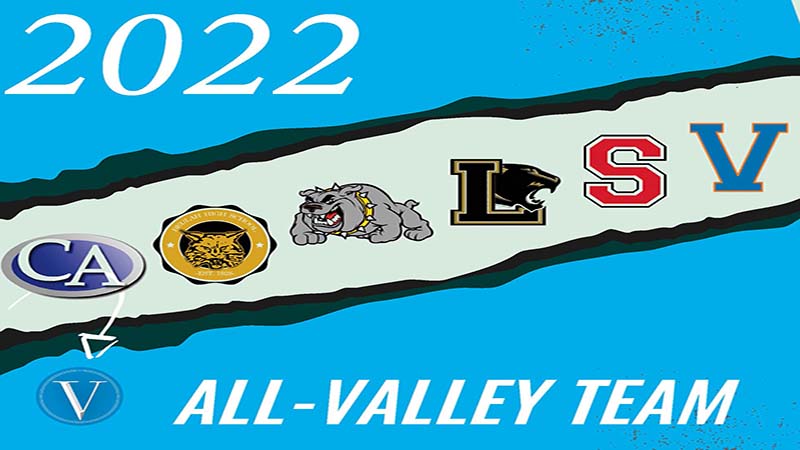 After a season full of ups and downs for Greater Valley Area football teams, some players stood out more than others.

These players, regardless of which grade they’re in, are recognized for their contributions to their teams in the 2022 season.

Valley was the most represented school with 11 All-Valley selections. Chambers Academy had the second most selections with nine representatives. Springwood and Lanett each had eight selections.

LaFayette had five, and Beulah had three.

Cam Dooley was named first team quarterback due to his ability to make plays in the air and on the ground.

Both Elijah Whitfield and Chase Childs had to step up at quarterback for their teams despite playing receiver.

Cameron Sutton was the only upperclassman on Lanett’s offensive line. Cayden Cook was a defensive force for Springwood with six sacks.

I’Zaya Robinson had a team high 119 tackles for Valley. Jay Harper had three interceptions this season for the Rams.

Joshua Bledsoe was a playmaker for the Bulldogs and had a 95-yard fake punt run or a touchdown.

Alajawon Whitfield was a do-it-all player for the Panthers with 920 all-purpose yards and 11 touchdowns. He also had eight forced turnovers.

Noah Hand was 46 of 47 on point after attempts and had a rocket for a leg on punts.

The second team was full of talent as well.

Ben Cooper was efficient for Springwood with 15 total touchdowns and only one interception.

Braxton Yerta was a lead running back for the Rebels with a team high 1,200 rushing yards.

Demarion Foreman was the driving force behind Beulah’s offense.

MJ Walton was a key factor in the Bobcats’ passing game.

Nakia Bynum stepped up for the Panthers at receiver, especially when starting quarterback Jarrious Goodman went down with an injury.

Ryan Smith had three sacks for the Rebels and 68 tackles.

Quen Story was a physical force on defense for the Rams with 11 tackles for loss and an interception.

Luke Tarver was a do-it-all sophomore for the Rebels with 20 total touchdowns and 76 tackles.

Jacob Norgard had 42 tackles, two interceptions and a sack for Chambers Academy.

Ian Crim-Davis had three interceptions for Valley, which was tied with Jay Harper for a team high.

Eli Johnson also had three interceptions with 46 return yards in the Wildcats’ run to the state championship.

While most of these players are seniors, some underclassmen will have a chance to put their names on this list next season.

The All-Valley football team consists of two 11-man rosters filled with players who stood out during the 2022 season.

The players are as follows.