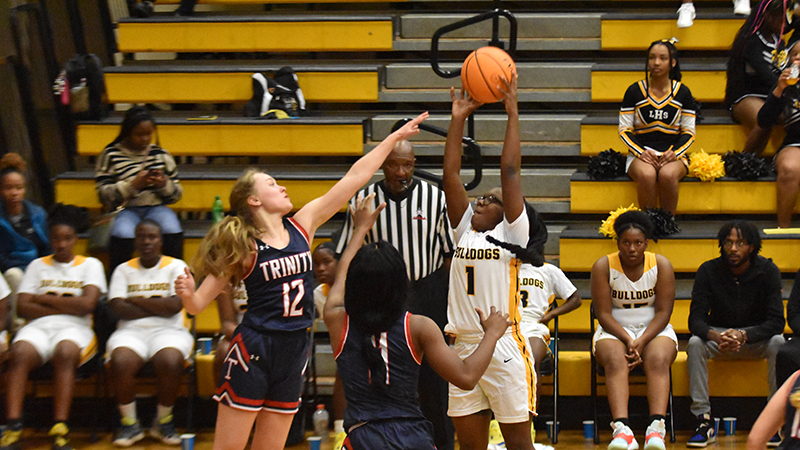 The LaFayette girls basketball team struggled in their  first game of the season, but they learned a lot despite the 58-23 loss at home on Tuesday.

The Bulldogs couldn’t get going offensively in the first half, and things were looking grim as they went into halftime down 43-7.

Things started out slowly for the Bulldogs in the second quarter as LaFayette eventually went down 51-7, but the Bulldogs fought back and were only outscored 11-7 in the third quarter.

The Bulldogs had an even stronger fourth quarter as they outscored the Wildcats 9-4.

Unfortunately, the slow start for the Bulldogs led to a loss, but both first year head coach Thaddeus Tucker and his girls have a lot to take away from the defeat.

“I feel like we could’ve played harder,” Tucker said.

“The hustle wasn’t really there. We had a lot of confusion. We’ll fix that.”

Tucker was also pleased with his girls’ fight in the second half.

“We just broke it down and made it easier for them,” Tucker said.

“We had to create some turnovers and get some shots up.”

Up next for LaFayette is a road trip to face the Valley Rams in a local rivalry.