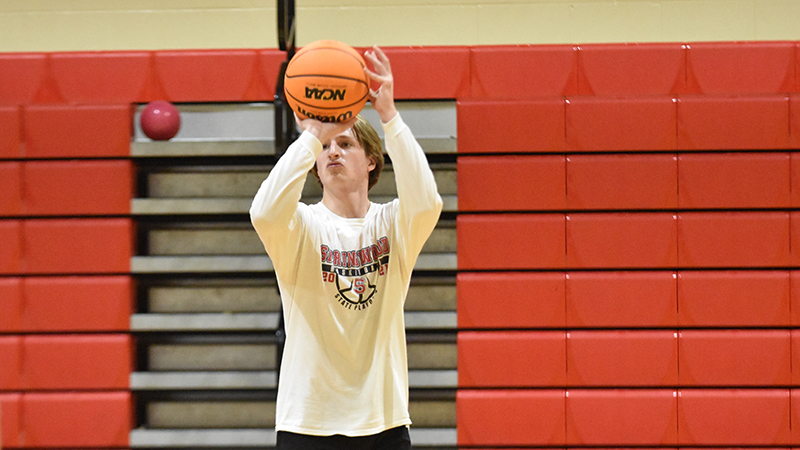 The Springwood Wildcats will prepare to start its basketball season against Trinity Christian on Thursday, and both the boys’ and girls’ teams have been putting in work to have a good season.

Both squads will be coached by Lisa Sampson, who will be entering her fourth season as head coach.

Both teams will play Trinity Christian twice at home to start the season, but some of the players on the boys’ team will have to wait until football season is done before they can fully invest in basketball.

One of the football players, Anthony Keefer, transferred from Valley and will be a key part of the Wildcat varsity team.

Sampson is feeling optimistic about both of her teams.

Sampson is using this week of practice to focus on the basics of basketball.

“We’re working on sets and putting in our offense and defense. We’re doing a basic passing drill just to get them going. We’re putting in all the pieces.”

Springwood has four boys who are still playing football.

“That makes it a little bit of a challenge, but the guys who have been putting in work have done a great job,” Sampson said.

“We tried to have some scrimmage opportunities to get them ready for the season.”

For the girls, Sampson feels like they have an advantage because they didn’t play volleyball in the fall.

“With our numbers, it makes it better not having volleyball,” Sampson said.

“We always have at least 11 girls at practice, so we can do five-on-five sets.”

Sampson feels like her transfers will bring a jolt to both teams.

“That will help us tremendously,” Sampson said.

“Thankfully, we were able to get them here for summer workouts. These guys have fit in just great. The chemistry has been great. Micah Thomas is a tenth grade transfer from Auburn. He’s young, but he’s providing the leadership we need at point guard. Keefer gives us a great inside presence.”

Springwood isn’t preparing for Trinity as much as they are focusing on themselves due to the season not even starting yet.

“We need to focus on what we need to do to be successful,” Sampson said.

“We’re playing earlier than we have in the past, so it’s a little different. We’re excited, and our home crowd is crazy. The support we get is amazing. These guys want to play at home.”

Sampson wants to see her girls get more aggressive before their first game. She also wants to see more scoring from her boys.

The Wildcats will open their season with three home games.