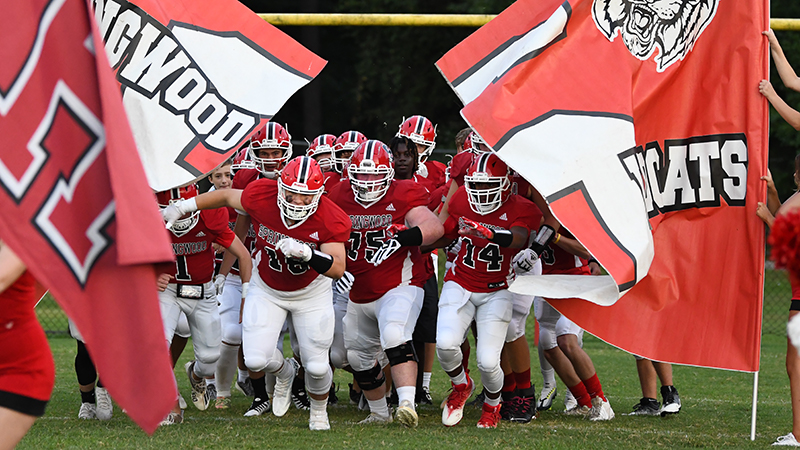 Springwood is back in the playoffs for the first time since 2020, but things will be a little different as the Wildcats are the number one seed.

Springwood will face a familiar foe in Cornerstone Christian, which handed the Wildcats their only region loss back in September.

Things will be a little different as Springwood is much healthier after two weeks off with more time to prepare than the Chargers.

Springwood head coach Joey Burch is leading the Wildcats to a potentially historic season, but he knows there’s still work to be done.

“We’ve had a long time to prepare,” Burch said.

“We watched our film against North River, and we knew they’d have a tough time against Cornerstone. We kind of knew who we were playing. We practiced three days a week. We’ve had some good practices. They’re a tough matchup for us. They have a very athletic quarterback and a receiver that gets open. In 8-man, that makes it very difficult to contain. They put up 72 points in their last game, so it’ll be difficult to contain their offense.”

Although the Wildcats had a lot of time off, Burch feels like it actually puts them at a disadvantage since they haven’t played anyone in a few weeks.

“Practicing is tough in any level of football at a small school,” Burch said.

“The scout team gives you all that you have, but it’s not the level of play you’ll see on Friday night. It was a disadvantage to go that long without being able to play.”

Burch feels like both teams have grown since their matchup back in September, and he believes his squad will be more prepared.

“That was game four for us,” Burch said.

“Both teams have improved in certain areas. We’ve gotten better in the secondary and our rushing. The last game was a good learning experience for us. We got up on them by 24 points. We kind of let them storm back. That was a good lesson to learn. We’ve learned that when you get a lead you don’t take your foot off the gas. You can score very quickly in 8-man football.”

“We incurred some injuries in that game, and it as very physical,” Burch said.

“I hope it’ll be a different game. I feel good about where we are right now. We have everybody back, and we’ll take care of business. Both teams have evolved and learned from each other what works.”

One of the biggest differences this time around is that the Wildcats will be at home while the Chargers will have to drive two hours to Wildcat Stadium.

“On the rough stretch we had, we had been on the road three straight games,” Burch said.

“Each game had two hours or so of traveling, and we always got back late. That led to some wear and tear both mentally and physically. Cornerstone traveled all the way to Tuscaloosa last week, and now they’ll have to travel two hours here. We should have a great crowd here.”

Burch has also been monitoring the weather as tropical storm Nicole may bring some rain to the area.

“It looks like the rain will roll in early and be out by Friday morning unless it slows up,” Burch said.

“Our field needs some rain right now. We’re multiple on what we can do offensively. We take what the defense gives us. If it’s raining, we can bring in our heavy set and score the ball. They’re a wide open passing team. If the weather is bad, it’ll be an advantage for us.”

Although Springwood didn’t know who they were playing until Friday, they still worked on the basics in practice.

“We’ve been working on the fundamentals,” Burch said.

“We worked on rushing the passer and containing the pocket. We’re excited about the game. It’s a second round playoff game. Our players are excited. Our students and fans are excited. We want to build a tradition of playing in the playoffs.”

This will be the eighth meeting between these two teams, and Springwood’s only loss to the Chargers came earlier this season.

The game will be played at Wildcat Stadium on Friday at 8 p.m. EST.