Auburn defense too much for Lady Rams in Christmas Tournament 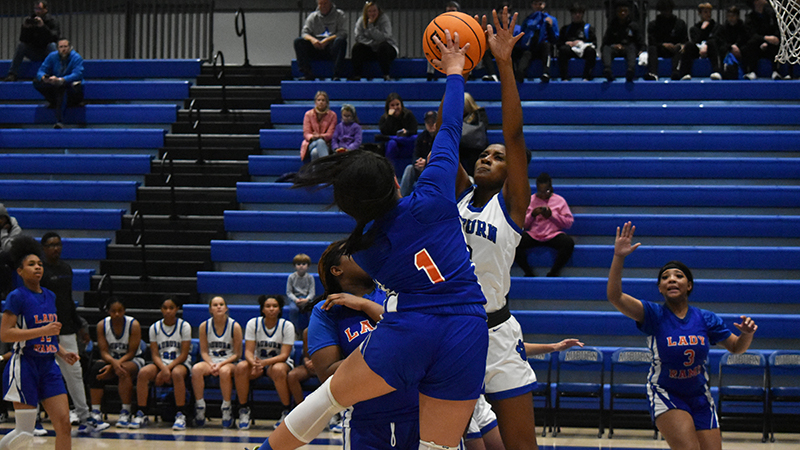 The Valley girls varsity team was surprised when they showed up to Auburn High’s gymnasium on Saturday, and the Auburn High Tigers were awaiting them instead of Bullock County.

The Lady Rams suffered a 65-26 loss to Auburn in a game where the Tigers used full court press to disrupt the Valley attack.

“We got down here and got surprised,” Grimes said.

The Lady Rams hung in with the Tigers at the start of the first quarter, but Auburn took a quick 18-10 lead at the end of the quarter.

Auburn’s defense picked up the pace, and the Tigers couldn’t miss from the perimeter.

Valley only scored seven in the second quarter while the Tigers put up a whopping 23 points to take a 41-17 lead at the half.

Auburn scored 25 unanswered points, and the Lady Rams were only able to put up four in the third quarter due to Auburn disrupting the passing lanes and applying full court pressure.

The fourth quarter was a continuation of the previous 24 minutes, and Grimes knows that they just faced a better team.

“It’s a little different when you get here and play somebody different,” Grimes said.

“Auburn did an excellent job. We kind of solved the riddle as far as their defense in the first half, but they just played well in the second half. We have to get better at playing man-to-man defense. That’s something we’ve learned.”

Luckily for Valley, the game didn’t count towards area play.

Grimes knows there’s still enough to take away from the loss.

“We had a pretty decent first half. We just have to learn how to put two halves together,” Grimes said.

“The hustle is there. We were a little more under control on offense in the first half. We need to work on our defensive communication.”

Darcee Wright was the leading scorer for the Valley with eight points.

The Lady Rams will have a long break as their next game is on Dec. 28.