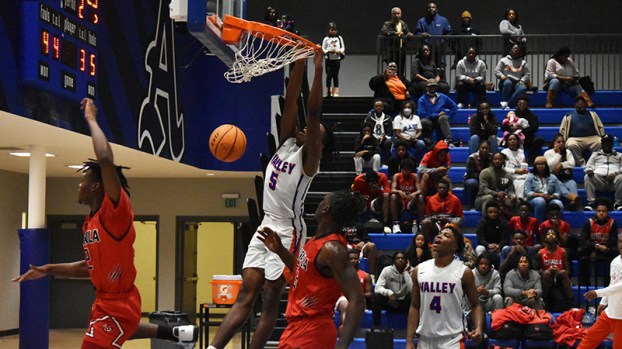 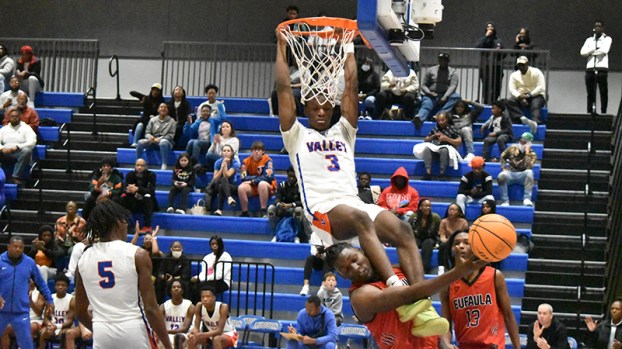 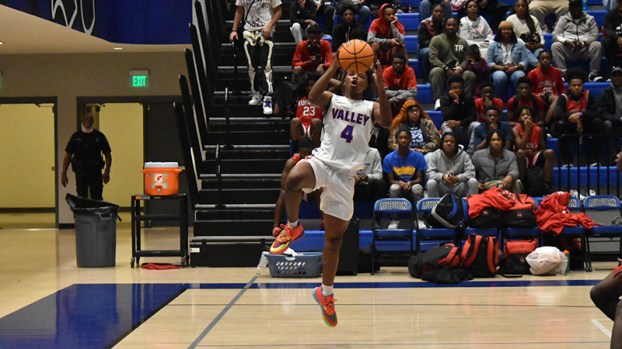 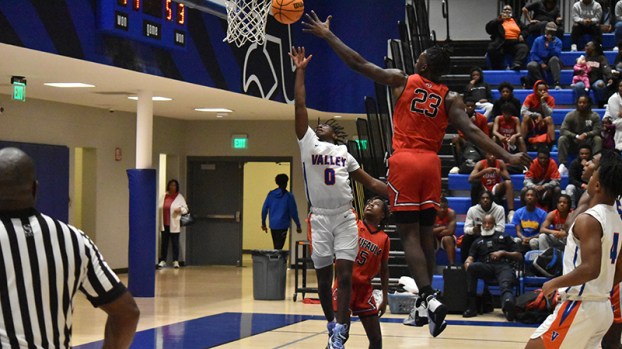 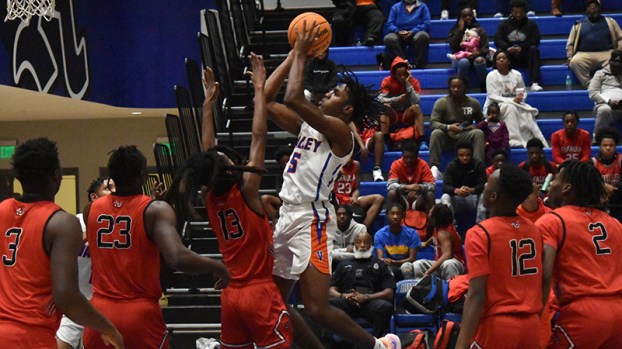 The Valley Rams traveled to Auburn to face the Eufala Tigers, and the Rams walked away with an easy 84-57 win to improve to a perfect 10-0 on the season thanks to junior Cam Dooley’s career high 30 points.

Dooley was excited to hit his career high in points.

“This was my first time in my high school career scoring 30. I want to hit 40 points. We just have to keep working hard and listen to coach Harper.”

“The kid comes in and works hard. He’s a leader as a junior. The team plays for each other.”

“They’re working ahrd and buying in to what we’re teaching them. They’re good character guys. They’re just coming together for us.”

The first quarter was a test for the Rams, who started out a little sloppy on defense.

After going down 4-2, Valley used a timeout to figure out what went wrong.

At the end of the first quarter, both teams were tied at 16 due to Valley’s sloppy play.

The Rams woke up in the second quarter with an unstoppable transition game.

Valley’s Jamarious Martin had a couple nice steals to wake the Rams up.

Valley scored 25 points into the second quarter alone to take a massive 41-31 lead heading into halftime.

Harper is pleased to see his team bounce back after the slow start.

“We came out sluggish,” Harper said.

“It happens sometimes. I was happy that we were up by 10 at halftime.”

It was also another game where both Cam Dooley and Brandon Thomas had dunks.

The third quarter was when the Rams really started to establish their dominance.

The Rams were able to put some of their younger players in during the fourth quarter, but Dooley hit one free throw to secure his 30th point.

Valley scored a season high 84 points, and Harper is happy with how his players are spreading the ball around.

“They trust their other teammates. We get up and down the court. We just see what we do in practice transfer to the game.”

Harper also mentioned how his team’s defense is able to beat opponents.

“Everybody can play one through five. We’re quick. We get in the passing lane. We’re very athletic, so we’ll use it to our advantage.”

Harper mentioned that the only thing Valley is struggling with this season is free throws.

The Rams won’t have much of a break as they have to turn around and face Harris County in Auburn on Saturday night.

“We’ll watch film,” Harper said. “We have to come back and have a good game.”