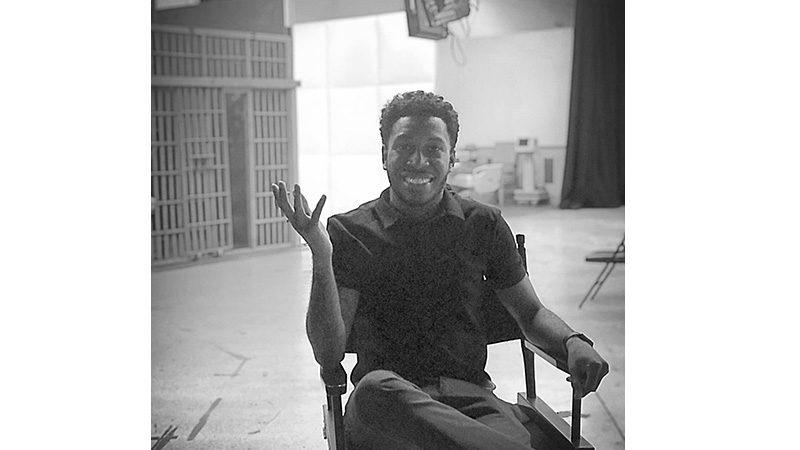 Lanett native Darian Howell has been a performer his whole life. At four years old, Howell could be found doing impressions of his hero, Tyler Perry, or making up skits for his family and friends. Even then, he knew that he wanted acting to be his life’s focus.

“I just knew that I was very gifted in the art of acting, singing, performing. That was my thing,” Howell said.

Now, Howell has proven that passion and hard work pay off with the showing of the second installment of his web series production at the New Horizons Communtiy Theatre in February.

Though he now works at Valley High School as an English teacher, he graduated from Alabama State University with a degree in Theatre Arts.

Howell’s drive to become a filmmaker was born from a desire to create acting roles for himself.

Rather than waiting for a role to come to him, he would create a role for himself.

“I decided I’m going to just take a chance, and I’m going to write a web series to test it out … I wanted to give myself an opportunity to do what I love,” Howell said.

He gathered up his friends to take parts in the script, wrote a character for himself and shot the whole thing on his camera. Howell said that despite his small budget, he received great feedback. This project ignited Howell’s desire to continue creating.

During COVID-19, Howell filmed his second production. He faced new challenges, having rehearsals over Zoom and working around social distancing. Ultimately, he rented a film studio in Atlanta to complete the shooting. Still, Howell praised the actors for dedicating themselves to the characters and the project.

The culmination of all his hard work is in the upcoming screening of his latest production, “Vengeance is Mine Part 2.” The film will be on Feb. 4 and have a $10 entry fee. The new episode focuses on several diverse themes within the cast. The main arc deals with revenge, redemption and submitting to a higher power.

“You meet so many different characters. Within the second episode, you’re going to get different lessons throughout the show,” Howell said.

Howell said one of his favorite things about his films is being able to tell stories that people can relate to. Though it was a challenge to wear both the director and actor hat, he forged ahead to pursue his dreams.

“I’m always encouraging my students to dream big … I’m a teacher by day, but by night I’m still pursuing my dream of acting and writing and creating,” Howell said.

Part of achieving those dreams is being resilient enough to keep trying, according to Howell. When he missed out on a role, Howell said he refused to let that discourage him.

“That doesn’t mean that you can’t keep going and that there’s not something that lies down the line that’s greater than that. But you have to keep going. You’ll never know if you stop,” Howell said.

While working at an internship at the Tyler Perry studio in Atlanta, Howell learned firsthand about all the different roles in the studio and how they functioned together. His other piece of advice for his students is not to limit themselves.

“There’s a lot of things that you can get into in this field. Don’t limit yourselves. You can be the writer. You can be the director. There’s so many avenues,” Howell said.

Becoming an independent filmmaker has taught Howell not to wait for opportunities but to create them for himself. Just as he mimicked his hero when he was four years old, Howell takes inspiration from Tyler Perry’s success story in forging a place for himself in the entertainment industry.

“Don’t always wait for the opportunity. Create the opportunity … That’s one thing that I’ve learned from him. He didn’t wait on Hollywood to give him the ‘okay’ to be who he is and to create. He just did it himself, and that’s what I’ve taken away from it,” Howell said.