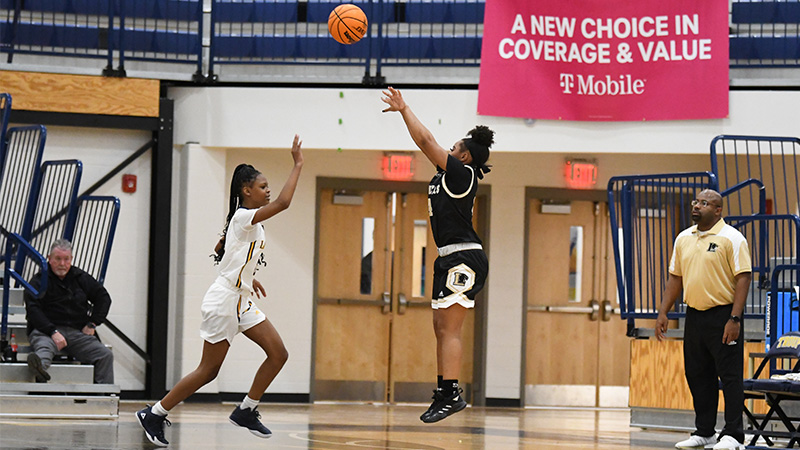 The Lanett girls basketball team traveled to Troup County for its first game of the 2022-23 season and earned a hard fought 47-41 victory over the Tigers.

The game was an even closer contest than the final score might make it seem.

The Tigers defense was suffocated early and limited the Panthers to just seven points in the first quarter with Troup taking a 10-7 lead into the second quarter.

The Panthers returned the favor and limited the Tigers to just seven points in the second quarter to take a narrow 19-17 lead into the break as defense was the name of the game in the opening 16 minutes.

Maklah White’s brilliance in the final quarter of play helped lift the Panthers to their first win of the season. She scored nine of her team high 12 points in the fourth.

The fourth quarter was tight all the way through. Raygen Godfey hit a big jump shot to tie the game with 2:30 left to play.

White hit a layup with under two minutes to go to give the Panthers a four point lead and put the game out of reach.

Lanett starts the season 1-0 and will be back on the court at Handley on Thursday.

Troup takes its first loss of the season and drops to 3-1. The Tigers will host Valley (AL) on Tuesday.