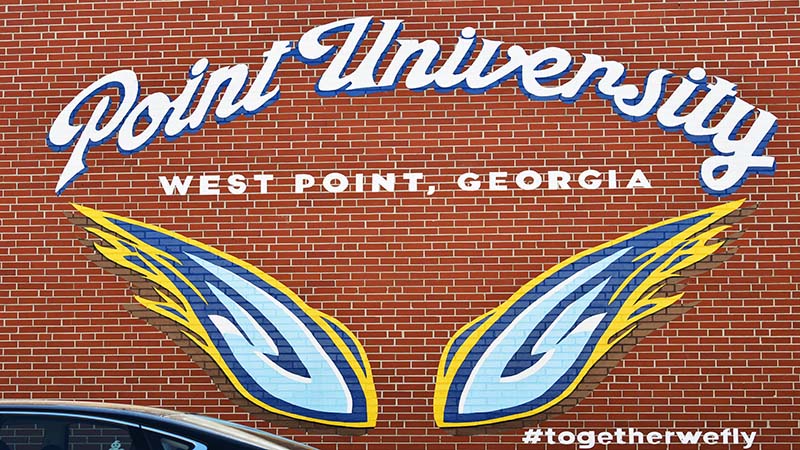 Point University announced Thursday that it plans to discontinue its women’s lacrosse program due to a lack of participation and will add women’s flag football in 2023-24.

The Point women’s lacrosse program began in 2014, competing at the intercollegiate level for the past five years. We sincerely thank the student-athletes, coaches, and fans who have supported Point University women’s lacrosse throughout that time. Unfortunately, due to the lack of participation and inability to field a team during the 2022-23 academic year, the difficult decision has been made to discontinue the program.

“At Point, our mission in athletics is to provide a diverse, Christ-honoring culture of excellence to develop servant leaders in the classroom, competition, and community. Since our relocation to West Point in 2012, we have added several intercollegiate athletic teams to enhance that mission,” the press release said.

The scholarships of current women’s lacrosse players who choose to remain at Point will be honored. Skyhawk women’s lacrosse alumni will always be welcome on campus and appreciated for their contributions to the University. We are thankful for this program’s impact and how these student-athletes represented Point. We pray for God’s blessing on each person involved with Point women’s lacrosse as they determine their next steps.

“As we continue to seek to further our mission of athletic excellence, we are excited to announce a new addition to Skyhawk athletics for the 2023-24 year: women’s flag football,” the release says. “This is the fastest-growing high-school sport in the state of Georgia, with 200 high schools represented. The state of Alabama currently has 57 high schools competing across the state. We will be the 19th NAIA program to start women’s flag football in the 2023-24 season. We will begin the search for a head flag football coach in January.”