Rams roll over Harris County to improve to 11-0 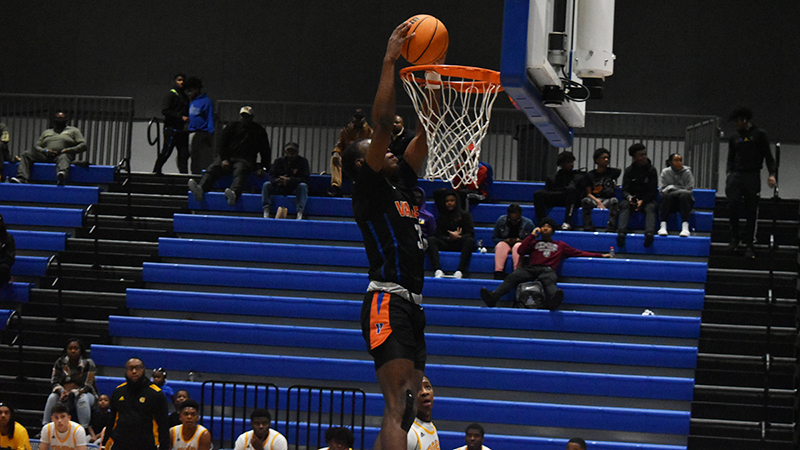 Valley’s Ian Crim-Davis and Cam Dooley scored a combined 43 points to give the Rams a 71-44 victory over Harris County in Auburn on Saturday.

Crim-Davis received a standing ovation as he went to the bench due to his season high 22 points.

Dooley continued his offensive dominance as he scored 21 without even playing in the fourth quarter.

Valley head coach Marshon Harper is thrilled with his team now being 11-0 on the season.

“I got my Christmas present early. My team told me we were going to be 11-0. These are just kids that believe in themselves and the coaches. They’re just playing hard. Ian was lighting it up tonight. I’m very proud of him. He works hard.”

Valley was able to rely on strong scoring from Crim-Davis and Dooley to take a massive 48-21 lead heading into halftime.

The Rams were able to sit most of their starters in the second half, and their bench players showed up big time as they were able to secure the massive victory.

Harper is glad to have a ton of depth.

The Rams won’t play again until after Christmas, but the team will continue to work over the break.

“We’ll give the guys the day off tomorrow, but we’ll be in the gym on Monday,” Harper said.

“We’re going to condition and lift.”

Valley’s free throw shooting was slightly improved, and Harper just wants his team to keep improving on both sides of the ball.

“We don’t take anything for granted. We’re just going to keep doing what got us here.”