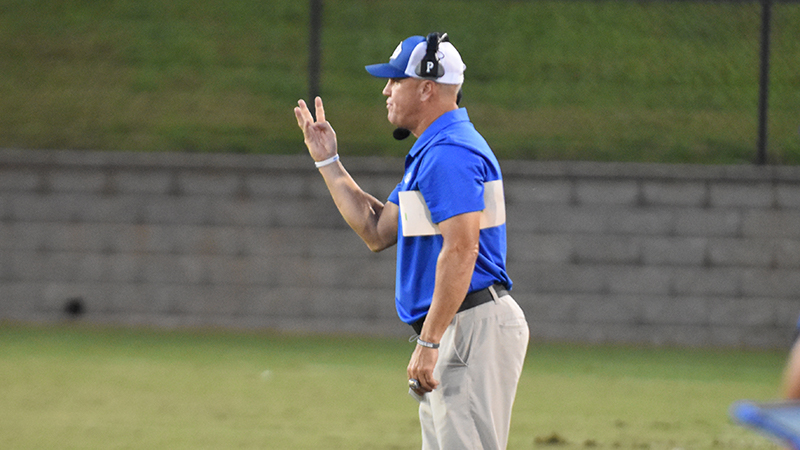 Eight combined players from Chambers Academy and Springwood will participate in the Alabama Independent School Association All-Star game at the Cramton Bowl in Montgomery.

Chambers Academy head coach Jason Allen will also be one of the seven coaches for the East team.

Springwood will be represented by Johnathan Johnson and Cayden Cook.

“If you win your region, they ask you to be a coach. I’ve done it the last ten years consecutively. It’s just an East versus West game. They take 44 players. It’s really a family affair to me. It’s not like the Alabama-Mississippi game. Everybody knows each other. Both teams area excited and want to win the game, but there’s no hatred or bitterness. I think it’s a really neat deal. Coaches can find out we’re not so different after all.”

Chambers Academy tied with Lee-Scott for the most players on the East team.

Allen is proud of all six of his players who are joining him in Montgomery.

“I’ll be coaching the offense, and I’ll probably have those guys,” Allen said.

“That makes it easier when you have guys who understand what we’re trying to do. All the players down here will be really good players. They’ll be fundamentally sound, and they really understand how to play the game. It’s a fun time.”

The game will be similar to a normal high school game, except there will be 15 minute quarters.

“There’s a gentlemen’s agreement that you’ll play two series with each offense and defense and then switch it,” Allen said.

“Everyone gets to participate. If it’s close at the end, you can play whoever. All the coaches work together and get along. I’m looking forward to seeing all of them. The coaches are like a fraternity. We get to talk about football and about life.”

Allen is happy to have so many players from his team be a part of the game.
“It means a lot for our program,” Allen said.

“People respect our kids and program. That means a lot to me as a coach.”

Springwood running back Johnathan Johnson is excited to get a chance to play in the All-Star game.

Johnson will be making the return to 11-man football for one game after Springwood’s first 8-man season.

“It’s going to be interesting going back to where we left off,” Johnson said.

“I don’t think it’s going to be that different. Football is football.”

Johnson will also be playing at the Cramton Bowl, where the Wildcats ended their season two weeks ago.

“I think I’ll have a fresh mindset, and I’ll just try to help others.”

Johnson will also experience being coached by other team’s coaches for the first time.

Johnson is set to end his high school football career in this game.