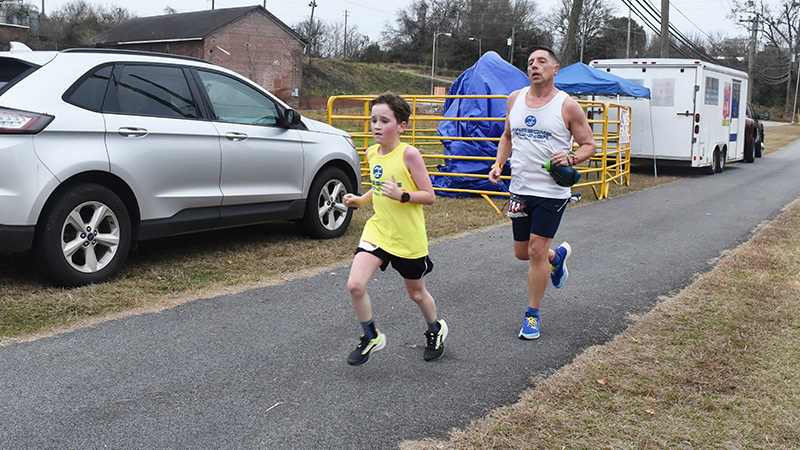 VALLEY —  Saturday was a busy day at the Christmas Merry Go Round. There was a Sleigh the 5K race in the morning, and rides on the King Gyro and the Ballard Party Rentals train and mechanical bull. There was also jumpers and a giant slide for the kids. Santa Claus was there from 6 p.m. to 9 p.m. to have his picture taken with kids.

Approximately 30 runners took part in the 5K race, which started at the Farmers Market Pavilion and went south along the CV Railroad Trail to an area near Fairfax Depot, where it turned and went back to the finish line near the Merry Go Round.

Winning the 5K race was 10-year-old Logan James, followed closely by his dad, Jimmy James, who was first in his age division. Logan crossed the finish line at 22 minutes and 52 seconds, His dad came across one second later. Valley Parks and Recreation Director Laurie Blount placed first among the women runners. Her time was 28:59.

Megan Norred ran the race with her 10-year-old black and tan hound Badger, who kept up with her on a leash throughout the race.