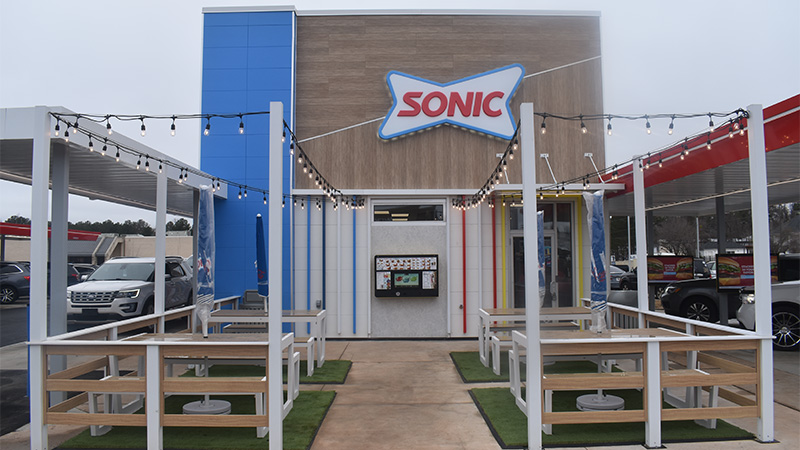 After much anticipation, Sonic, a hometown favorite, has returned to LaGrange.  On Tuesday, the chain opened its doors outside of the LaGrange Mall next to Chipotle.

“It’s been a busy few days, but it has been going well,” Fuller said. “We are excited to be open.”

Fuller said she has been with Sonic for eight years in their location in Lanett and is excited to be officially serving the area.

“I’ve been waiting on this for a long time,” Fuller said. “I think this one is going to be here for a very long time. My crew is well trained and we’ve tried to take care of the people as best we can in these opening days so they keep coming back.”

Fuller said she is dedicated to keeping the Sonic up and running for a long time.

“LaGrange has waited for a very long time to have a Sonic again,” Fuller said. “I am extremely excited and honored that SRI, the company that owns us, gave me the store. I know a little bit about running, so hopefully, we’ll be able to keep it up and running for a long time.”

As a new restaurant, Fuller said she looks forward to being a part of the community and potentially hosting spirit nights.

“If they come to me, we can absolutely work something out,” Fuller said. “I wouldn’t mind doing something like that.”

Sonic is located on LaFayette Parkway and is open from 7 a.m. to Midnight daily.