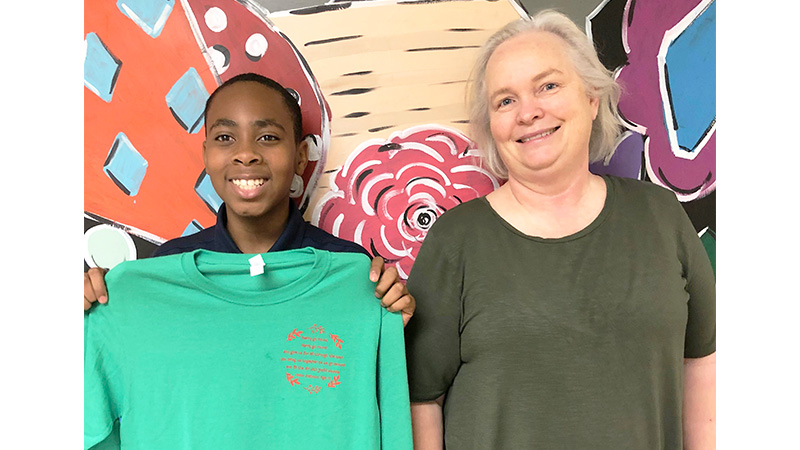 VALLEY — Valley Parks & Recreation had a contest for this year’s Christmas Merry Go Round t-shirt. Students in local schools were asked to write a poem about riding the Merry Go Round. The winning entry is appearing on the front pocket of the shirt.

The shirt is Christmassy green with lettering in red that reads:

The poem was written by Avion Calhoun, a sixth grade student at W.F. Burns Middle School in Valley.

Avion’s teacher, Julie Meigs, said that everyone at the school is proud of him for winning the contest. “He’s a nice kid and a very good student,” she said. “He really captured the Christmas spirit that’s always at the Merry Go Round.”

Starting in 2007, the City of Valley took on that responsibility. Local companies and individuals make monetary contributions to keep this longstanding tradition going. Over $45,000 was raised this year.

In 2007 and 2008, the Christmas Merry Go Round was on one of the ballfields at Valley Sportsplex. Since 2009, it has been on the old Langdale tennis court near the Langdale Mill site.