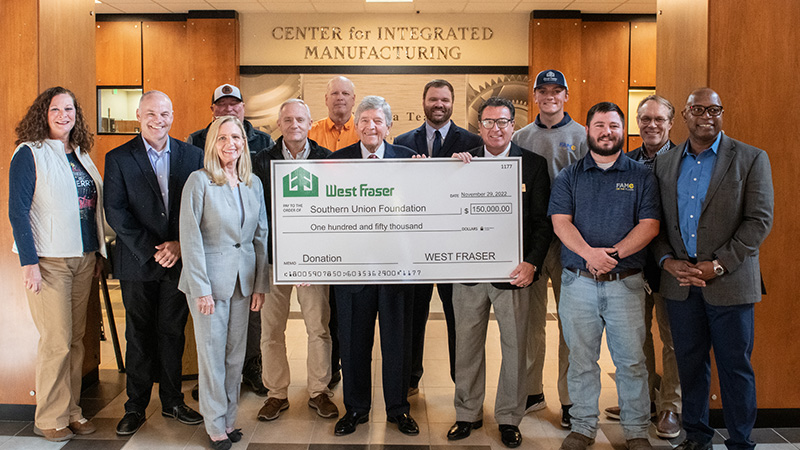 The Southern Union State Community College Foundation recently received a $150,000 donation from West Fraser Timber, according to a press release. The funds will go toward scholarships to ensure a skilled a prepared workforce for east Alabama. The donation stems from a longtime partnership between the two entities.

“At West Fraser, we value our relationship with Southern Union Community College and recognize the important role it plays in developing people, providing skilled graduates and building a successful community by offering programs that are accessible and responsive to the diverse needs of students, business and the region,” Chester Fort, Vice President, US Lumber, West Fraser said.

The release said, in recognition of the gift, Southern Union plans to rename the TEAM meeting room in the Center for Integrated Manufacturing to the West Fraser TEAM room.

“We are so grateful for the generosity of West Fraser and for their willingness to invest in the future of our students”, said Southern Union President Todd Shackett. “We look forward to many more years of working with them.”