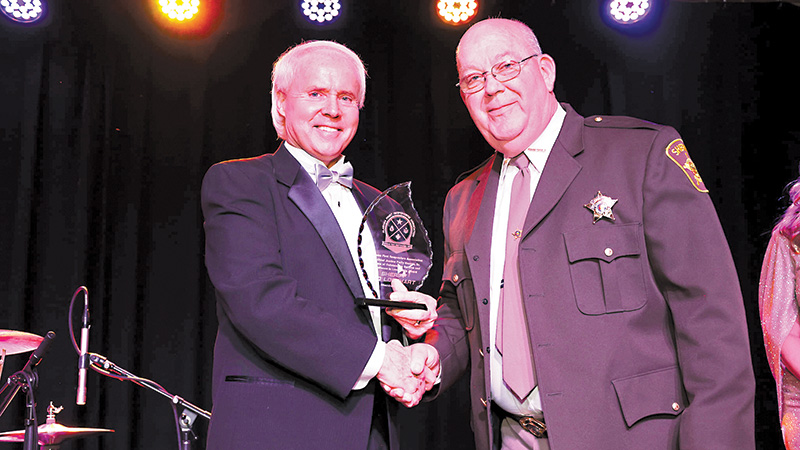 EDITOR’S NOTE: This is the first in four-part series looking back at the year 2022 in Chambers County.

It’s hard to remember it, just based on how much life has moved on almost a year later, but in early 2021, local schools were very concerned about students returning to class with COVID-19 numbers again on the rise.  “I encourage you to remain diligent in your efforts to protect yourselves,” wrote Lanett Schools Superintendent Jennifer Boyd. Just a few days into the semester, the Chambers County school District had to go virtual on Thursday, Jan. 13 and Friday, Jan. 14.

Lanett Recreation Director Trent McCants was named the City of Lanett’s employee of the year. “They give me a lot of credit, but I want to say it’s not just me,” a humble McCants said.

Karvelas Pizza Company opened its third location in Troup County in January, when it officially opened its doors in West Point.

Bull’s Hibachi 3 opened in West Point on Jan. 27, becoming the third restaurant for the company. The other two are in LaGrange.

The Chambers County Sheriff’s Department Training Facility was renamed in memory of Captain Jason Fuller, who died of naturally causes at a young age in 2020. The training facility is located in the former Valley Rescue Squad building on Phillips Road near the intersection with Highway 50.

Antavious Walton, 16, was shot and killed after a gun being held by a 17-year-old was discharged. The shooter told police they were attempting to unload the gun when it fired.

Jay Davis Gamel, 37, was arrested for the murder of his girlfriend, Tracy Shepard, 47, of Lanett, according to the Troup County Sheriff’s Office.

Georgia Gov. Brian Kemp went to Kia Georgia Wednesday to help unveil the Kia Sportage. “It’s another great vehicle KIA is going to produce,” Kemp said. “We’re glad to have it in Georgia.”

Lanett High School’s Caden Story signed with Clemson on National Signing Day. “This decision was the hardest decision of my life,” Story said. “I wanted to choose all three schools, but I could only choose one.”

Purge Nation, a new ax throwing business, announced it was going to open in West Point in March.

Just over a year after a fire burned it down, work began to rebuild the athletic field house at Lanett High Schools. The projected cost was $1.9 million.

Autherine Lucy Foster, who had lived in Lanett during her life, died. Foster was the first Black person to enroll at the University of Alabama. Her application for admission to the university was accepted by mistake.

Hunt sworn in on Chambers County Board of Education

Jennifer Hunt was sworn in as a new board member for the Chambers County Board of Education. Longtime board president Bill Martin also resigned that night due to health reasons.

LaFayette City Attorney Mack Tucker walked out of a meeting in LaFayette after presenting evidence toward ending a city’s mask mandate. After Tucker’s presentation, the council voted 3-2 to table a discussion on changing the mask mandate.

Teacher charged with abuse of a child

Valerie Lynn Whitehead, 30, of Valley, has been charged with abuse of a child under 18 after allegations of abuse were made during a Children’s Advocacy Center interview.

It’s changed some since the initial announcement, but the Chambers County School District announced its first consolidation plan that included merging LaFayette High and Valley High. The board continues to work to get federal approval for the plan.

David “Dave” Hill, a local sports legend, passed away at age 81. Hill was born and raised in Lanett and played for the Kansas City Chiefs in the first Super Bowl. He also played in Super Bowl IV.

More than $30,000 was brought in through the Jason Fuller Memorial Motorcycle Ride. The ride benefitted the Tallapoosa Girls Ranch.