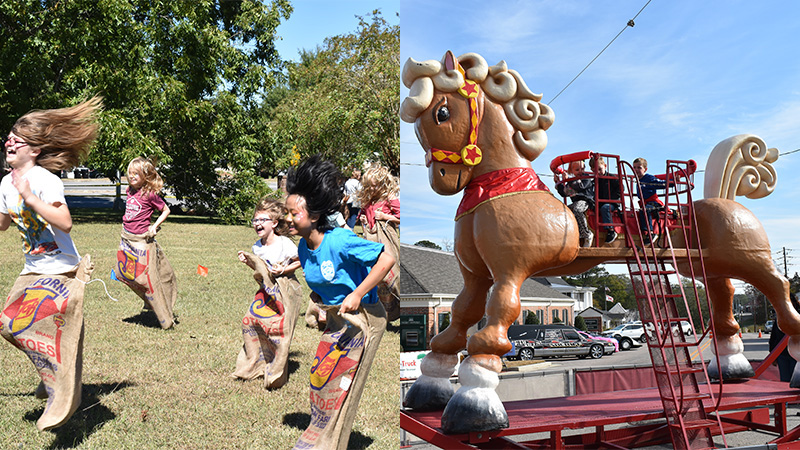 EDITOR’S NOTE: This is the final portion of a four part series looking back at the year 2022.

The Hawkes Library in West Point celebrated its 100th birthday in September. The event included games, a barbershop quartet and a presentation to honor the library’s history.

Lanett Police Department’s Robert Waldrop received the Local Officer of the Year award from the United States Attorney’s Office Middle District of Alabama for his work on a 2018 bank robbery case.

COVID-19 wasn’t the only illness that wreaked havoc on school systems in 2022. A flu outbreak led to Valley High School going to virtual learning for a few days in October. W.F. Burns went virtual a few days later.

TCSS decides not to rename WPE

Citing feedback from a community survey, the Troup County School Board decided in October that it would not rename West Point Elementary School after longtime educator Zelma Brock. TCSS plans to honor Brock in another way.

City of West Point annexes over 800 acres of land

Richard Carter, chief deputy of the Chambers County Sheriff’s Office, was named the manager of the Lanett Municipal Airport. “We feel like he’s the best person for the job,” said Mayor Jamie Heard. “He is very knowledgeable about aviation and has lots of experience in flying planes and helicopters. We feel like he is the right fit for this new position.”

Community member and business owner Carolyn Lott passed away in October after a long and courageous fight against an extended illness.

The Chambers County School District selected Valley’s site for the new consolidated high school, though that decision is still pending federal approval. CCSD also considered land in LaFayette. CCSD cited a study by HOAR Property Management when announcing its decision, saying transportation costs to the Valley site would be less, and overall students would travel less to the Valley site.

The West Point Housing Authority, in partnership with the City of West Point, Collaborative Housing Solutions, Pennrose and several other partners, celebrated the official groundbreaking of the first phase of the West Point Village. When completed, the new project will provide affordable workforce housing with 72 family apartments.

AL Solar A agreed to pay $500,000 to resolve alleged violations of the Clean Water Act that occurred during the construction of an 1,100 acre solar farm in LaFayette.

The world’s largest rocking horse brought in 2,000 visitors as Rockingfest on the Square once again took over downtown LaFayette.

The Christmas Merry-Go-Round opened in Valley, continuing an ongoing tradition. Another tradition that continued was the Herston family being first in line, the 15th year in a row they were the first to get on the carousel.

Valley mayor speaks out about trash

In a story that became national news, an 82-year-old Valley citizen, Martha Menefield, was arrested on Nov. 27 on charges of failure to pay-trash.

Many citizens spoke about concerns with the new, consolidated Chambers County School District High School being in Valley during a court hearing in December.

U.S. District of Middle Alabama Judge Keith Watkins listened to the debate from those in favor of both sites. He made a visit to both sites in December and another court date is scheduled for January.

Portion of road to be named after Abel

The Chambers County Commission announced that a portion of Chambers County Road 278 will be named after Deputy J’Mar Abel, who was killed while assisting in a vehicle pursuit earlier this year.