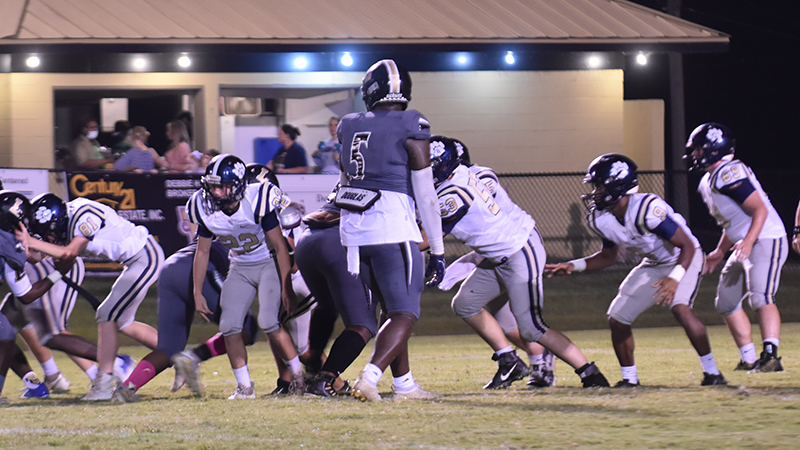 Former Lanett defensive lineman Caden Story wrapped up his first season at Clemson with an Orange Bowl loss, but Story learned a lot playing behind some of the best defensive linemen in the country.

Story redshirted for the Tigers this season, but he still learned a lot as he will now prepare for his second season.

“I learned the ins and outs of the program. I made sure that I knew the playbook so when I come back next year, I’ll be ready.”

Story appeared in one game for the Tigers, which was against Furman.

Story described what it was like to take the field at Memorial Stadium for the first time.

“The first time I stepped out on the field in a college environment is a dream come true,” Story said.

“It was an amazing feeling, and it’s something I’ll remember for the rest of my life. It was surreal. I’m so excited to be there again and play college football at Clemson.”

“I feel like Tyler Davis, Ruke Orhorhoro and Bryan Bresee taught me so many things about the game and being a defensive lineman,” Story said.

“They helped me mentally and physically with football. They’ve helped me be a man.”

Story didn’t play in the Orange Bowl, but he was still looking forward to being a part of a New Years six bowl game.

“I’m looking forward to the environment,” Story said. “It’s going to be a great experience. I’m ready to get out there and get to work.”

Story knows that he has a lot of work to do before he becomes a starter, but he’s willing to work his way up the depth chart.

“I feel like I just need to get better each and every day,” Story said.

“I just want to focus and get better. That’s the main thing.”

Story also had to support his teammate, Bryan Bresee, after Bresee lost his sister to cancer.

“We were here for him,” Story said.

“Clemson is like no other. We’re very family oriented. We were behind him every step of the way. It will always be like that.”

Story explained what it was like running down the hill at Memorial Stadium for the first time.

“It was a dream come true and a very surreal moment,” Story said.

“I know how much work I put in. I just thank God. I owe him. Every time I run down the hill, it just gives me so much joy. I get to live out my dream and play football here at Clemson.”

Story enjoyed his first year as a Tiger, but he did have a favorite moment.

“My favorite moment was winning the ACC Championship,” Story said.

“It’s a big thing at Clemson. We say it’s another Clemson championship. To win a championship my very first year is a great experience.”

Story has also enjoyed the school outside of the field.

“I enjoy the people around Clemson,” Story said.

“They treat you well. It’s a lot like a family. It’s so easy to click with and talk to the students.”

Story will have four more years of eligibility and will look to help Clemson return to the College Football Playoffs.