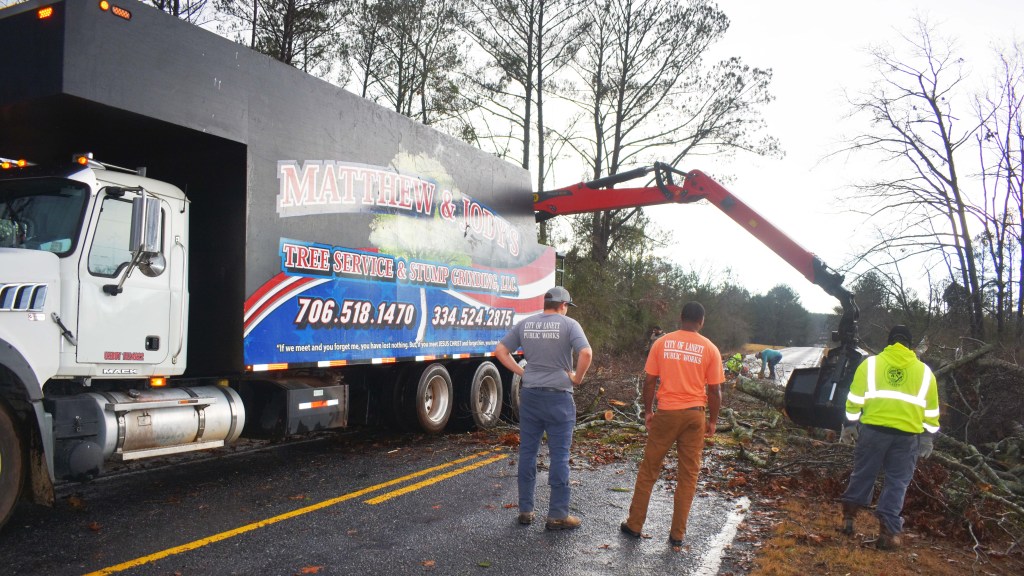 Chambers County EMA Director Jessica Yeager confirmed there are two possible tornado tracks in the northern part of the county. The primary communities that were affected were Standing Rock, West Chambers and Five Points. Standing Rock sustained the most structural damage.

According to Yeager, County Road 260 will remain closed tonight. County Road 55 is closed just south of 62, near the Tallapoosa County line. A bridge is out on County road 55. It closed all the way to CR 118. Officers will go back out to finish clearing that section tomorrow.

“They’ll be working up in that area tomorrow, especially in the Standing Rock area, to go ahead and get the trees cut off the right of way,” Yeager said.

Chambers County is still under a wind advisory until 9 p.m. CST for westerly winds from 10 to 20 mph and gusts of 35 to 40 mph. Strong gusts can still cause tree limbs to fall or cause power outages.

The Alabama Department of Transportation, Alabama Law Enforcement Agency and the city of Lanett utility department also assisted in clearing the debris from the storm.

“We have not had any reports so far of fatalities or injuries, thank goodness,” Yeager said. “But our dispatch was inundated with phone calls. Everybody worked so well together around the county.”