Glenwood defense too much for Lady Wildcats 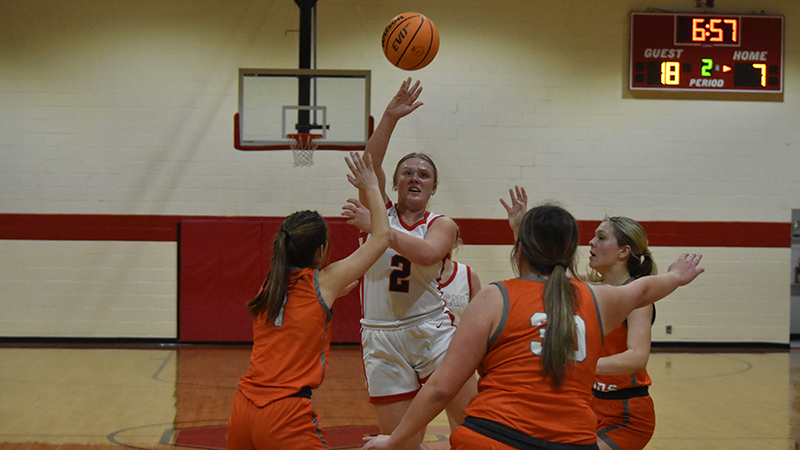 The Springwood varsity girls struggled offensively in the Lady Wildcats’ 70-21 loss to Glenwood on Tuesday.

Springwood head coach Lisa Sampson told her players after the game that they’re better than the score showed.

“We’re better than that,” Sampson said.

“It’s hard as a coach to watch them perform that way when I know what kind of work they’re putting in. That’s not them. That’s what frustrated me.”

It was clear from the start that the Wildcats would be facing one of the toughest opponents on their schedule.

Springwood was able to keep the Glenwood lead at 11-7 early in the first quarter, but the Lady Wildcats wouldn’t score again until the last couple minutes of the second quarter.

The Lady Gators took a  15-7 lead at the end of the first quarter and scored 23 unanswered in a disastrous second quarter for the Lady Wildcats.

Springwood was able to hit a couple shots at then end of the first half, but Glenwood still held a 38-11 lead at halftime.

The third quarter was all Lady Gators as Springwood was outscored 17-4.

The Lady Wildcats put in some of their bench players to get valuable experience during the fourth quarter, but Glenwood took care of business.

Sampson feels like the entire game was out of reach.

“I don’t even think it was the second quarter,” Sampson said.

“They hit us in the mouth right from the start. We didn’t adjust defensively. We couldn’t score offensively. Our go to players just couldn’t produce. That’s a testament to Glenwood’s defense. We have to get better handling pressure and handling good defenses. We’re just not there yet.

The Lady Wildcats normally rely on EJ Matthews and Tori Patillo to give the offense life, but Patillo had 10 points while Matthews was held scoreless.

Patillo was also the leading scorer for Springwood.

Sampson knows that Glenwood’s defense was too much for the entire game.

Sampson also wants her girls to learn from the loss and focus on the rest of the season.

“It’s about how you respond after getting your tail kicked. We’re going to see. That’s a challenge to them. I told them if I want to teach them anything coaching this game, it’s to teach them how to compete. No matter what the score is, I want them to compete. We didn’t compete.”

Things won’t get any easier for the Lady Wildcats as they have to travel to Lee-Scott on Thursday to face a Warrior team who beat Springwood earlier this season.