Kristian Story looks to win the starting job in 2023 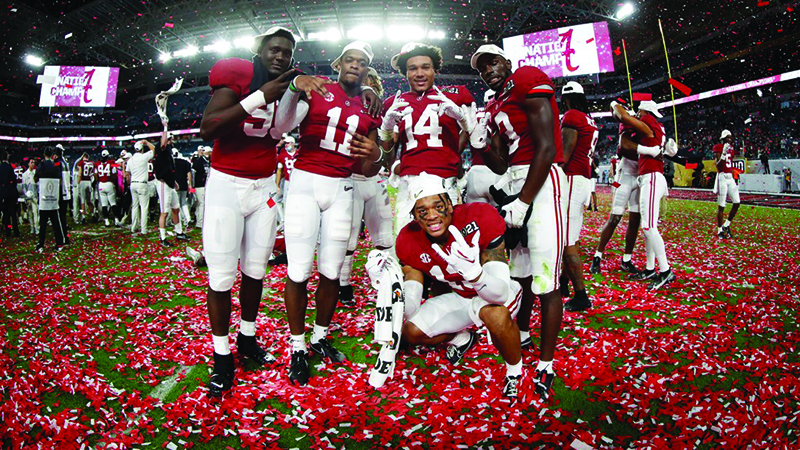 Former Lanett star and current Alabama safety Kristian Story wrapped up his junior season with a Sugar Bowl victory over Kansas State, but now he’ll focus on winning the starting job heading into the 2023 season.

Story spent most of the 2022 season making plays on special teams, but he saw the field at safety a few times.

One of the challenges Story faced this season was being behind Jordan Battle and Brian Branch, who are both NFL prospects.

Both Branch and Battle will be heading to the NFL draft, which means Story will get his chance to start next season.

“Our overall record doesn’t reflect the way the team we are, but it’s been a good season overall.”

Story has been waiting for his chance to start since he got to Alabama, but the former Alabama Mr. Football still learned a lot in his junior season.

“I learned a lot about the game in general,” Story said.

“I learned a lot of technique stuff.”

Despite having to wait his turn, Story is excited to be a part of an elite team.

“That’s one of the reasons I went to Alabama. I knew I’d be playing with a lot of good players in the secondary. It just shows all the work we put in.”

Story’s favorite game from the 2022 season was the Iron Bowl win over Auburn.

“We barely beat them at Auburn last year, so that was my favorite game of the year,” Story said.

Story capped off his junior year with three tackles in the Sugar Bowl, including a key takedown on a Kansas State kick return.

Story will now use the offseason to prepare for the starting role on defense.

“I’m just keeping my head down and working every day,” Story said.

“I’m doing whatever the coaches tell me to do. I’m doing what I need to do to make sure I’m ready for my opportunity when I get it.”

Story had a run in with Saban when Kristian almost hit the legendary coach with a ball in the Spring game.

“He didn’t get mad. He just joked about it afterwards.”

Story feels like he’s taken strides in his development over the past year.

Story has also learned a lot while playing behind Jordan Battle in his career.

“The main thing I took from him is just how to be a leader. I learned how to take command in the secondary. It’s something I’ve watched him do at a high level for three years. I’m going to miss him, but it’s my turn now.”

Story explained what he was looking forward to in his final game of the season.

“I’m going to play one more game with the guys who are going to the draft or going other places in life,” Story said.

Story is looking forward to having his name called in the 2023 season.

“I’m looking forward to the opportunity to help my team win,” Story said.

“I want to start. I want to showcase my abilities and be a leader on defense next year.”