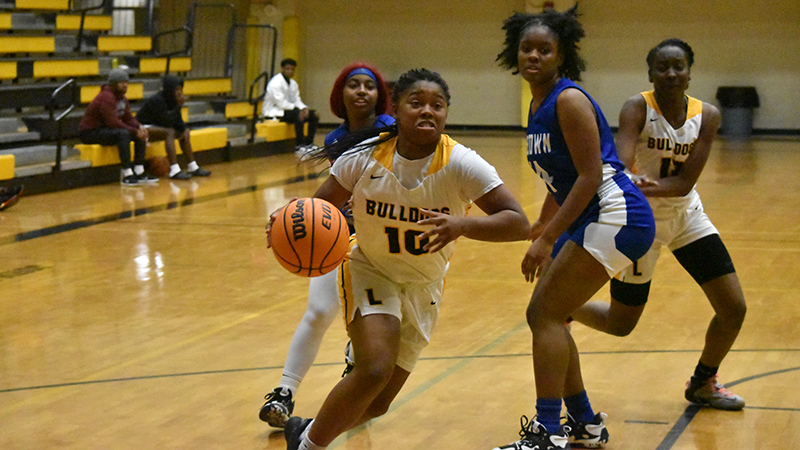 The LaFayette varsity girls team were down 15 in the fourth quarter, but their comeback fell short as Reeltown defeated the Lady Bulldogs 34-32 on Tuesday.

LaFayette head coach Thaddeus Tucker was pleased with the energy his girls showed and how they spread the ball around.

“We can’t rely on two or three people to score,” Tucker said.

The first quarter was a complete struggle or both offenses, but the Lady Panthers struggled to hit shots while the Lady Rebels couldn’t get the ball in the paint.

LaFayette had a field goal from Toniya Collier, but the Lady Rebels took a 6-3 lead heading into the second quarter.

Both offenses started to get the ball rolling in the second quarter, but LaFayette still struggled to hit shots from the perimeter.

The Lady Bulldogs did open up with a 5-0 run, and Aronique Kyles hit a three to tie the game at 8.

Reeltown scored six unanswered to take back the lead, and the Lady Bulldogs found themselves in an 18-11 hole at halftime.

Tucker explained what happened at the start of the game.

“We were missing open layups. We have layup problems sometimes. Some nights you’re just cold.”

The third quarter was a slugfest as neither team would take many shots.

Reeltown took a 22-16 lead heading into the fourth quarter, and the game looked like it was a wrap as the Lady Rebels opened on a 9-0 run.

LaFayette took a timeout, and the Lady Bulldogs stormed to a 16-0 run to take the lead with a Toniya Collier three pointer.

With 15 seconds left, Reeltown hit their own three to take a 34-32 lead, the Lady Bulldogs couldn’t answer.

Tucker explained how his girls fought back into the game.

“I told them we had to get our energy up and force them to make mistakes, and that’s exactly what we did,” Tucker said.

“We had to go man defense. Once we did that, we started getting back in the game.”

Toniya Collier was the leading scorer for LaFayette with 11 points.