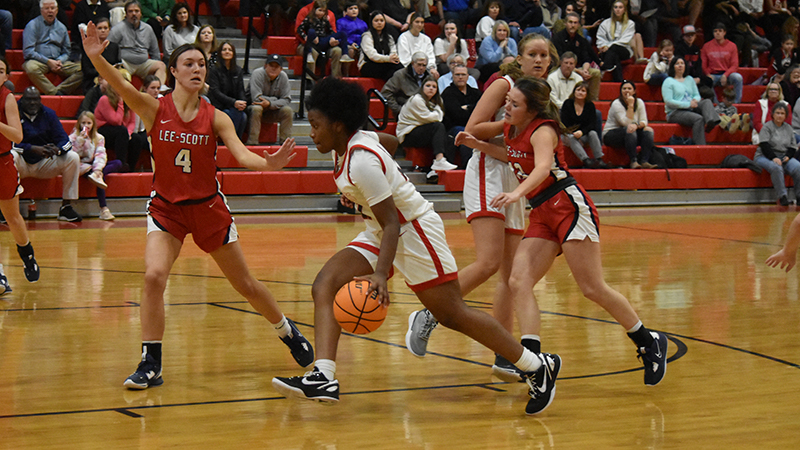 The Springwood varsity girls opened area play with a 45-26 loss to Lee-Scott, but the Lady Wildcats struggled offensively in the loss.

Springwood head coach Lisa Sampson knows her team has some work to do.

“It was one of those games where if it could go wrong, it was going to go wrong,” Sampson said.

“We just have to learn from it and pick ourselves back up.”

The Wildcats hung in with Lee-Scott in the first quarter as the Lady Warriors only took a 12-10 lead heading into the second quarter.

Things started falling apart for Springwood in the second quarter as their only points came on one free throw.

Lee-Scott took a 23-11 lead at halftime, and the Lady Wildcats couldn’t recover.

Sampson knows that shooting is what killed her team.

“Shooting is a big part of what we do,” Sampson said.

“If we can’t translate shooting from practice into the game, that’s the difference. I have good shooters, but they have to finish.

The third quarter continued to plague the Lady Wildcats as Springwood didn’t hit a single field goal and were outscored 18-2.

Things picked up in the fourth quarter as the Lady Wildcats drove to the basket and outscored the Lady Warriors 13-4.

“I’m not taking anything from Lee-Scott,” Sampson said.

“They’re going to play tough defense, and you have to be ready. I don’t think our  man offense was good enough, and that has to change. I thought we were ready, but we weren’t. We’ll go back to the drawing board.”