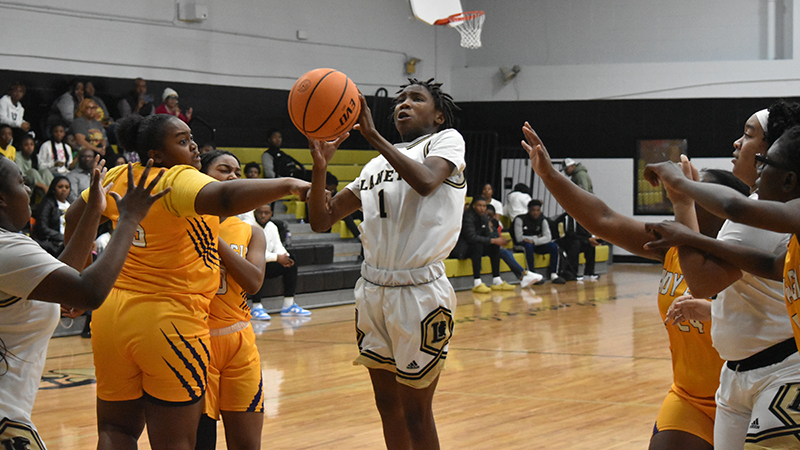 The Lanett varsity girls continue to punish other teams with their suffocating defense.

That was the case in the Lady Panthers’ 50-22 win over Booker T. Washington on Saturday.

It was Lanett’s second game in under 24 hours, but head coach Charlie Williams is pleased with how his girls showed up.

“It’s a Saturday morning game. I told them to get some rest,” Williams said.

“We jumped out pretty fast. We did have a dead spot where we didn’t score for three or four minutes.”

It was also the first time this season that Lanett played in their home gym, and Williams was happy to see the renovations.

“It’s always nice to be at home,” Williams said.

It was complete domination from the Lady Panthers as Lanett opened with a 16-2 run.

The Golden Eagles didn’t score until two minutes into the second quarter.

Booker T. Washington didn’t even score a field goal until there was one minute left in the half.

Lanett took a 27-9 lead at halftime, and the Lady Panthers were able to put in their bench for the rest of the game.

Laila Lancaster had 10 of the team’s 27 points.

Williams was pleased with his stingy defense.

Williams knows his girls still have things to work on.

“We need to get used to playing back to back,” Williams said.

“Whenever we have Friday night games and then Saturday morning games, we tend to struggle. When it’s tournament time, you don’t know when you’ll be playing. Energy and effort can’t be taught. They have to play hard.”

Lancaster led the team in scoring with 12 points.