Murderer who fled from Virginia to LaGrange sentenced to 35 years 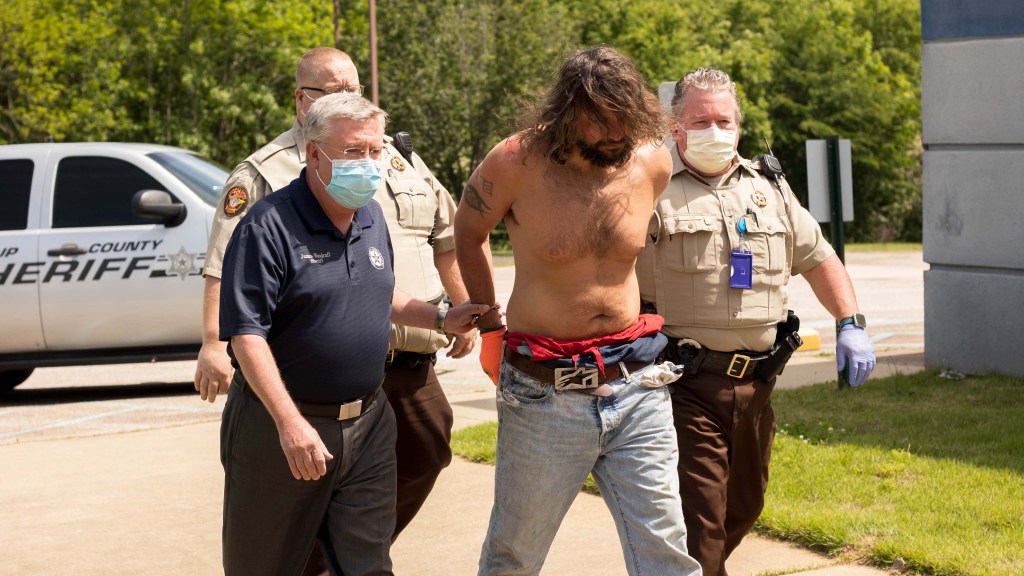 A Virginia Circuit Court Judge has sentenced Kenneth Staples to 35 years in prison for the 2020 murder of 41-year-old William Brandon Wright.

Staples was apprehended by Troup County Sheriff’s deputies on April 28, 2020, after he fled from Virginia to LaGrange.

Clifton Forge Police in Virginia found Wright’s body during a well-being check at his home. Officers found Wright brutally murdered with large amounts of blood on the floors and walls of his home.

According to video from the sentencing posted by the Alleghany Journal, Alleghany County Commonwealth Attorney Ann Gardner said after attempting to clean up the crime scene, Staples stole the victim’s Ford F-150 and fled Clifton Forge to LaGrange where he was arrested by TCSO. While en route, Staples was spotted in the victim’s truck headed home to Georgia, and he was discovered to have made a call to his mother in LaGrange.

Gardner said when Staples got to Atlanta, he contacted his mother to pick him up at a gas station near the city. The victim’s truck was then abandoned, and he was transported to LaGrange by his mother in her Ford Edge.

Troup County Sheriff’s Investigator Zack Phillips later recovered the stolen F-150 near Atlanta and the victim’s size 14 shoes were found 10 yards away from the truck.

On the morning of April 28, 2020, Troup County Sgt. Jeff Adams and Investigator Kindre Scott spotted the Ford Edge. Deputies observed Staples hiding in the front passenger seat in an attempt to conceal himself.

Deputies were able to take Staples into custody on New Franklin Rd. in LaGrange, and he was booked into the Troup County Jail before ultimately being brought back to Virginia.

Clothing belonging to Staples was found in the Ford Edge and determined to have the victim’s blood on them.

During the subsequent trial, the prosecution presented evidence that Staples had killed Wright by multiple blunt force blows to the head after becoming angry that the victim had kicked him out of his Clifton Forge home.

“We’re glad that we were able to assist with [Staples’] swift capture and help bring the case to a close with his sentencing,” Smith said.