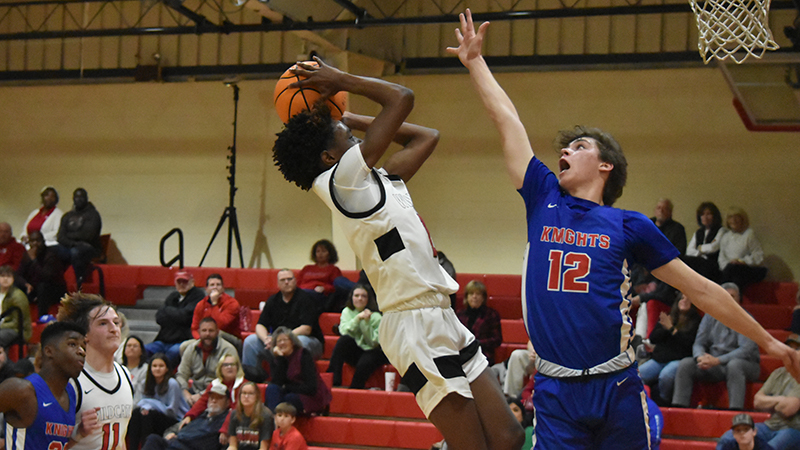 The Springwood varsity boys have been looking for answers since starter Crawford Fuller tore his ACL, but the Wildcats couldn’t overcome an early deficit in Springwood’s 53-39 loss to area opponent Macon East.

The Knights are 18-5 on the season, and the Wildcats couldn’t overcome their defense.

“Offensively, any time you can’t score more than 39 points, you’re going to get your butt kicked,” Sampson said.

“That’s exactly what happened. When we stay to what we’re trying to do, we’re a very good team. When we try to make it up ourselves, we’re not a good team. We weren’t a good team tonight.”

Sampson knows the team is having to play harder without Fuller.

“You realize what a void it is now because you don’t have that rebounding presence,” Sampson said.

“He worked all summer, and we definitely miss him. We’re just waiting on some other guys to step up. They have the talent.”

“I’m not taking anything away from them,” Sampson said.

“Lincoln Glass is a great coach. They defended very well. It was a lack of execution on our part. When you get beat 53-39, it’s hard to see anything we did well. They know I’m blunt. We struggled. We have to get better.”

Sampson doesn’t want her players to panic despite the loss.

“It was just a tough night,” Sampson said.

The Wildcats will look to bounce back as they play area opponent Glenwood on Jan. 31 to close the regular season.