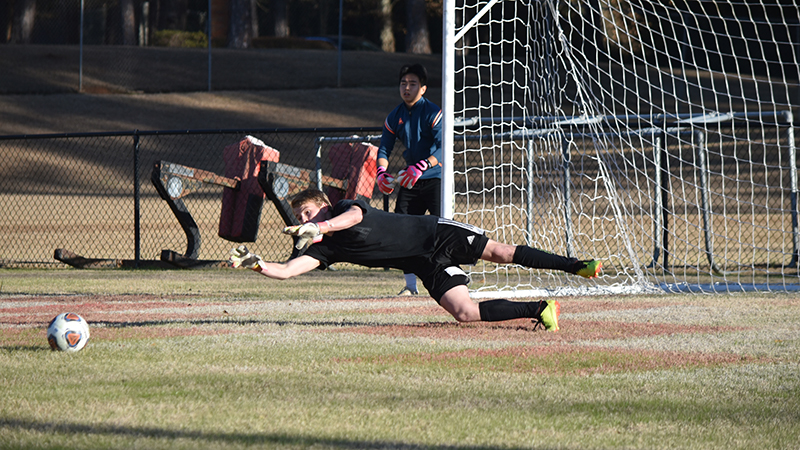 The Springwood boys soccer team capped off the 2021 season with an appearance in the state championship, but their loss to Tuscaloosa Academy will fuel them to take the crown this season.

The Wildcats are coming off of a 14-3 season where all three of their losses were to Tuscaloosa Academy.

“We lost a few bench players who contributed as well. We have several new players who are coming in. This is probably the deepest team we’ve had as far as talent, so I’m pretty excited about it.”

Lanier couldn’t pinpoint one player who is going to make the difference this year.

“We’re so deep everywhere that it’s hard to pick one or two guys who stand out,” Lanier said.

“We have experience. There isn’t one position that I’m worried about as far as talent.”

The Wildcats will play a 4-3-3 tactic, which consists of four defenders, three midfielders and three attackers.

Lanier explained the style of play the Wildcats will use.

“It depends on the opponent and situation,” Lanier said.

“We’ll press some during games. We may play more defensive based on their talent and what they have. The press will be a part of what we do.”

Lanier feels like his players will be equally strong on the wings and in the middle of the pitch.

The Wildcats are using this week of practice to get the team adjusted to playing with each other.

“This week is about learning how to play together and what runs people like to make,” Lanier said.

“We’re learning what our tendencies are and our strengths and weaknesses at each position. This group hasn’t played together until Monday.”

Despite not playing together, the boys have been playing travel ball over the offseason to stay in shape.

“We had several play club ball over the fall, and others played other sports like football,” Lanier said.

“Most of our guys were in pretty good shape as far as fitness, but we have some work to do. We still have time to build that up.”

The Springwood boys will play their first game on Feb. 14 against Southern Prep.

Lanier is focusing on helping the new players get adjusted to  the team.

“We scrimmage every day. We’ll work on drills and then finish with a scrimmage. Every Friday we spend the whole practice scrimmaging. It’s really about getting the guys out there together and learning each other.”

Springwood has enlisted the help of a new assistant coach, Dennis Cole, who came all the way from Sierra Leone.

“He’s going to be playing in the UPSL league, but he’ll also help me coach,” Lanier said.

Lanier wants his players to use last year’s championship loss as motivation for this season.

“I think from talking to the guys that we still think about that game all the time,” Lanier said.

“It hasn’t left our minds. The feeling of coming that close and not winning has stuck with us. We don’t want to have that feeling again. We want to win that last game, so I think there’s a lot of motivation for the guys. We were so close. We’re not going to change anything. We’re going to play how we always play. The guys who were here have that experience. If we’re able to get there then those guys will have at least been there before. We want to take it one game at a time, but we want to win state.”

Lanier is ready to start the season.

“We’re really excited about getting this underway,” Lanier said.

“There’s a long break between the last game and now, so everybody has been looking forward to this and is ready to go. Everybody came out focused. We have to put in the work every day to achieve that goal.”