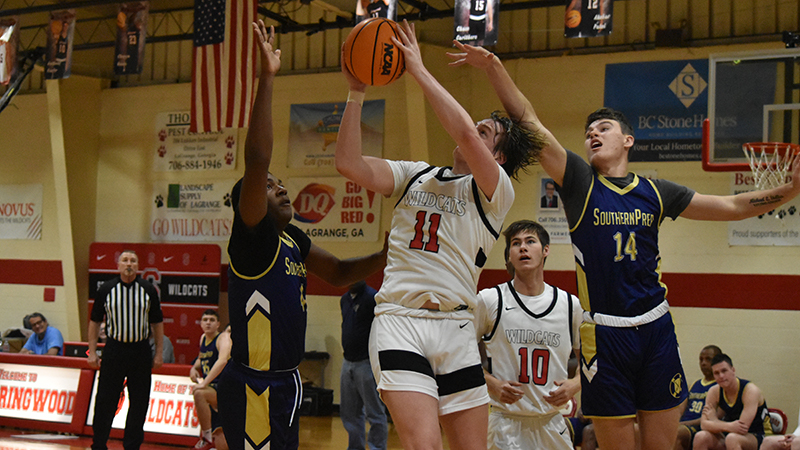 It wasn’t too hard for the Springwood varsity boys as the Wildcats dominated Southern Prep 83-54 to earn their second area win of the season.

Springwood head coach Lisa Sampson was pleased with her defense.

“After the tough Tuesday loss, we just challenged them and found out how tough we are,” Sampson said.

“We kind of got back to some particulars of things we needed to do. We had a good practice on Wednesday, and they came out and played today. I’m proud of them.”

The Wildcats got off to a bit of a slow start as Springwood only had a 9-7 lead in the middle of the first quarter.

The Wildcats never truly got momentum until Daniel Westbrook hit a buzzer beater three to give Springwood a 27-17 lead heading into the second quarter.

Springwood opened the second quarter with a 19-o run, and the Wildcats exploded with 31 second quarter points to take a 58-23 lead heading into halftime.

The entire second half was played with a running clock, but the Wildcats continued to score as the bench players came in started knocking down threes of their own.

“They’re learning that defense is going to win games for them,” Sampson said.

“It was fun to watch. They did a great job. I’m glad the starters did their job to give their teammates some time. We wanted to keep the intensity, and they did that. Everybody is ready for these area games. We have two tough ones next week, and we have to be ready. We’ll continue to push them in practice.”

Eli Westbrook and Micah Thomas led the Wildcats in scoring with 21 points each.