Tornado barrels through Standing Rock community, at least one family of six displaced 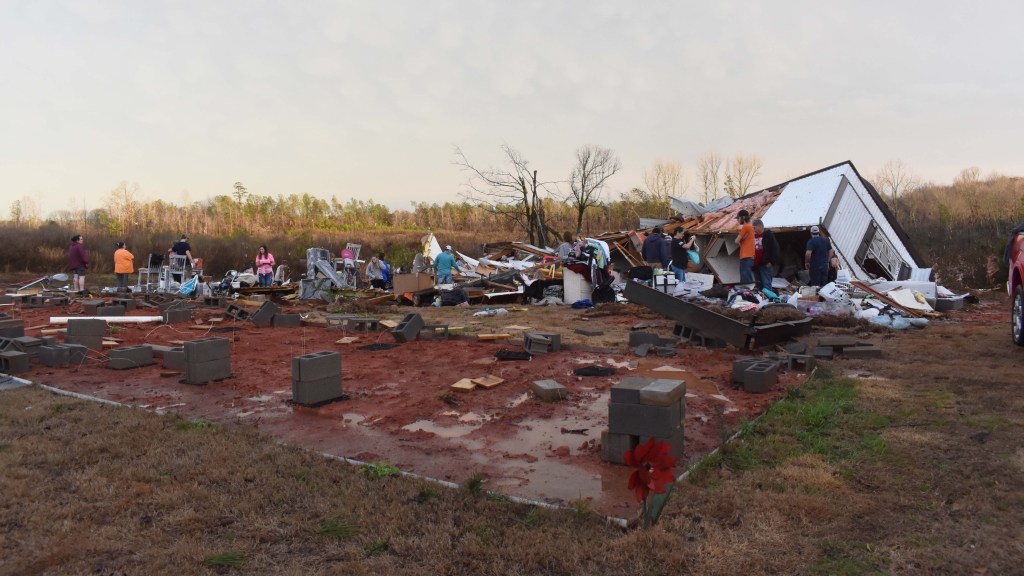 STANDING ROCK — A powerful tornado touched down in parts of northeast Chambers County Thursday afternoon, downing lots of large trees, causing power outages, ripping roofs off of some homes and destroying a modular home off County Road 278 just east of Standing Rock. The tornado was produced by a strong storm front that passed through the local area at approximately 2:30 p.m. CST (3:30 Eastern).

An especially heartbreaking scene was what had been the home of Jimmy and Amber Williamson and their four children. The modular home sat on a hill off CR 278 just east of Standing Rock. The powerful tornado swept the home completely off its foundation, leaving it a crumpled mess.

Thankfully, no one was at home at the time. According to volunteers who were helping clean up the mess, Mr. Williamson works at WestRock in the Huguley Industrial Park and Mrs. Williamson is a hospice worker. Scattered in the debris were toys their children had no doubt gotten for Christmas.

When word got out around Standing Rock that the Williamson home had been destroyed, an army of volunteers quickly assembled and went there to see how they could help.

The immediate vicinity of what had been the Williamson home is a zone of destruction. Large pine trees in a nearby swamp bordering the road were broken in two near the base. Some of those pines are a good two feet in diameter.

Many fallen trees are on the shoulders of the road along with the power lines that came down when the trees fell.

The section of CR 278 between the bridge over the CSX railroad tracks and the Lakeside Marathon convenience store was especially hard hit. Some really big pines were left splintered along the roadside. Crews with power saws had to cut many of them to restore travel along this very busy road between LaGrange and Roanoke.

It will take some time to get the power flowing again and a long, long time to clear the road banks from the broken trees.

A number of roads were blocked due to the fallen trees, and priority was given to removing them from the roadways and allowing traffic to resume. Lots of power lines were brought down, making northeast Chambers County a dark place well into the night.

Matthew & Jody’s Tree Service of Valley had its truck on CR 267 between Post Oak Fork and Stroud, cutting up and moving some big oak trees that had fallen across the road. Helping them were personnel from the Chambers County Highway Department and volunteers from the City of Lanett and Fredonia Fire & Rescue. WOW! workers were there helping out with traffic control. Many trees were across CR 282 between Post Oak Fork and Hickory Flat, especially where Finley Creek crosses the road.

The powerful winds from the storm broke mature pine trees near their base as if they were mere matchsticks. Some of the trees were 60 to 70 feet in height and closed to two feet in diameter.

In some places, big trees were stacked up one on top of the other very near the road and across it in many cases.

At approximately 5 p.m. EST, Chambers County EMA Deputy Director Kathy Hornsby reported that tornado warnings for the local area had been canceled but that a tornado watch would extend for several more hours. She asked sightseers to avoid going to storm-damaged areas. “We respectfully request that all people avoid areas on the northeast end of the county,” she said. “There are numerous trees down, many roads are blocked, and some houses have been damaged or destroyed. We have first responders from every agency in the county, and some from out of state, working diligently to clear the roads and to perform search and rescue operations to make sure no one was injured by the storm. As of now, we have no reports of any injuries. I, for one, praise the Big Man upstairs for that!” 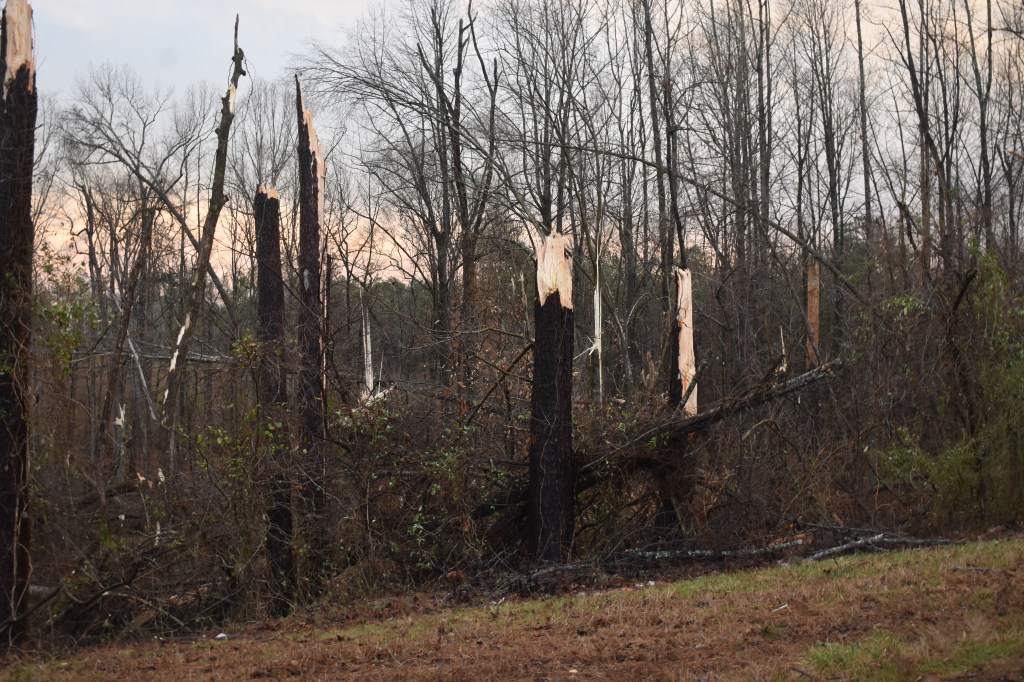 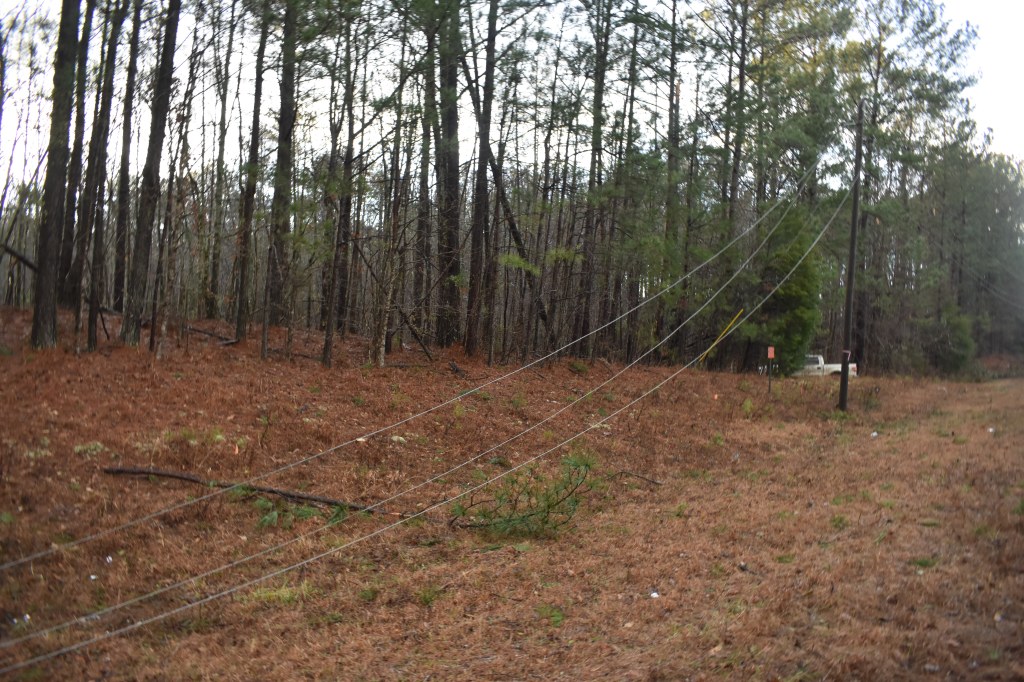 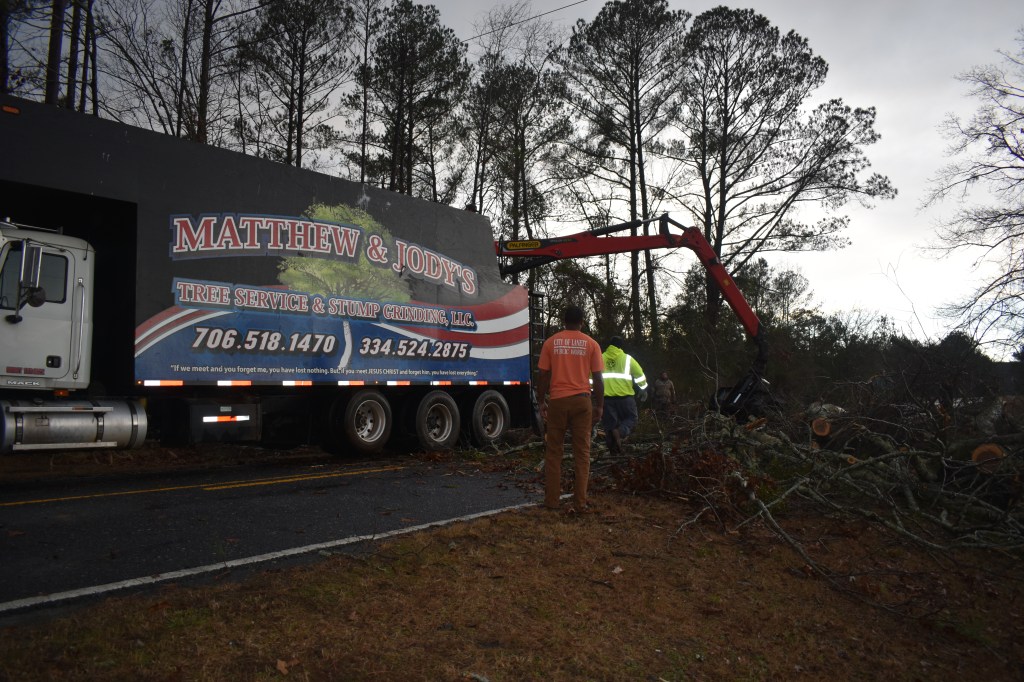 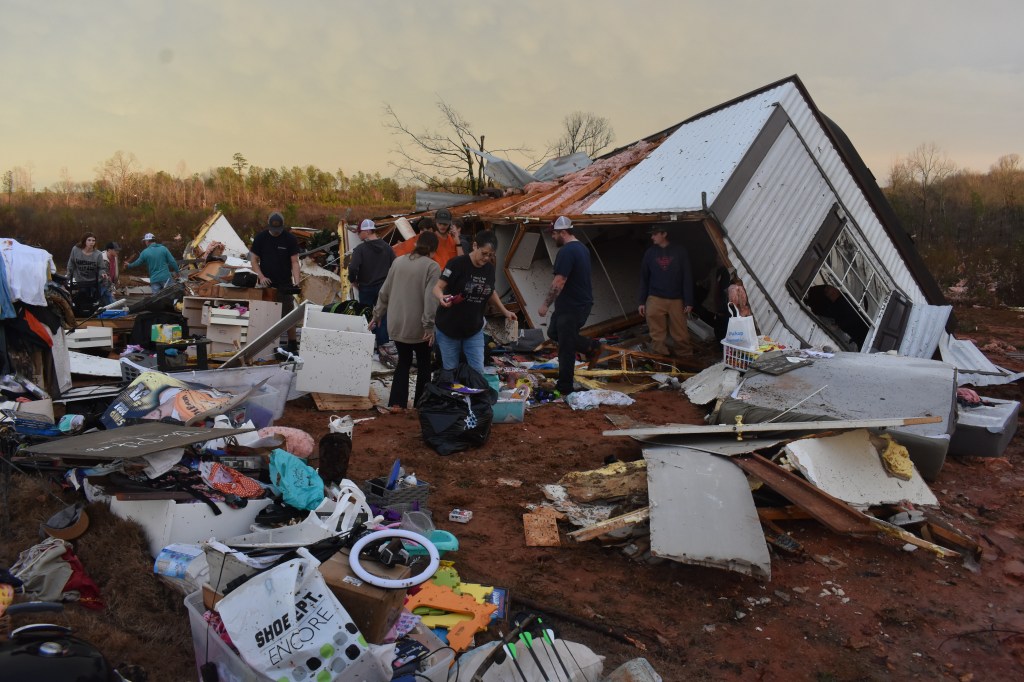 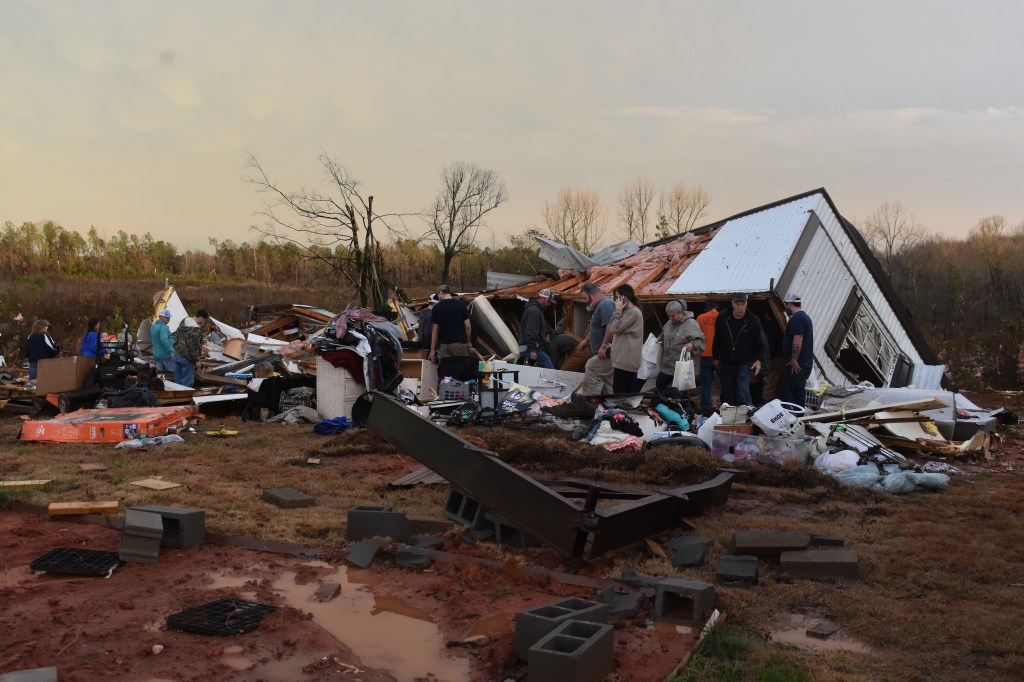 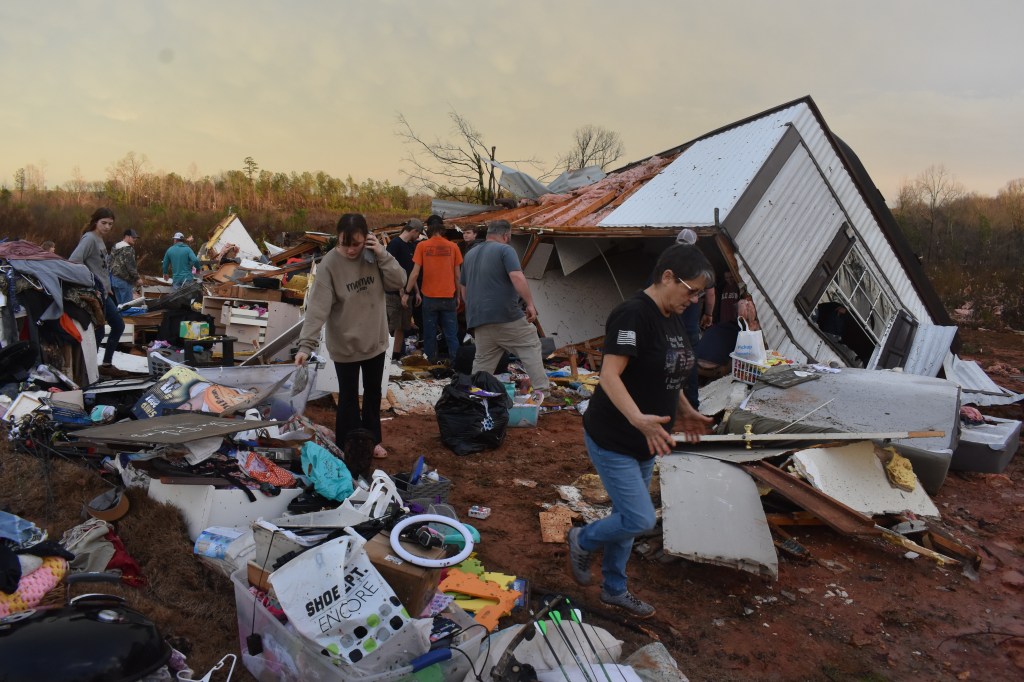