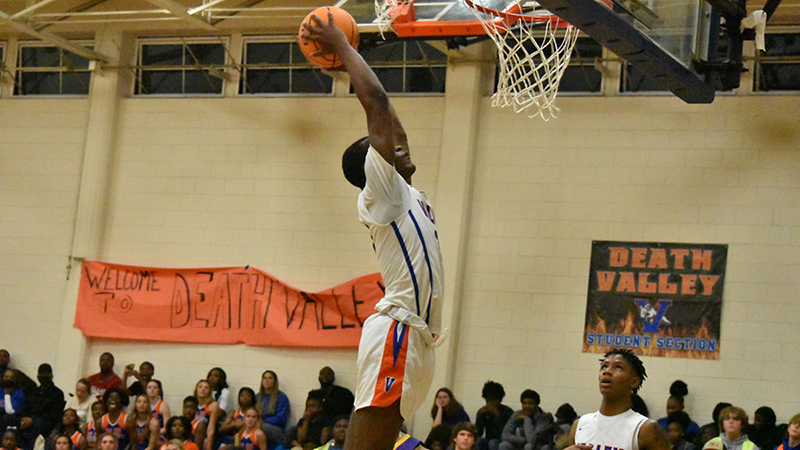 The Alabama Sports Writers Association released new rankings as the season heats up, and the Valley varsity boys were ranked tenth in 5A while the Lanett girls were ranked fourth in 2A.

The Rams have made a historic run this season sitting at 18-0, but their schedule has yet to show that they can for sure match up with the bigger teams around the state.

The Lanett girls are 9-2, and the Lady Panthers have racked up massive wins over bigger schools like Troup County and Opelika.

Valley is putting on a historic season in what the team is calling, “The Last Ride,” and the Rams have won each game by an average of 17.9 points.

Valley head coach Marshon Harper feels like the only team that can beat the Rams is themselves.

“We’re working on ourselves,” Harper said.

“We played some tough teams over the summer. I think the only person who can stop us is ourselves. If we come out and execute and play like we’re capable of playing every night, it’s going to be hard to beat us.”

The Rams have wins over 6A opponent Russell County and four Georgia teams.

The Lady Panthers have been suffocating opponents on defense as Lanett is only allowing 32.7 points per game.

“We’re just going to keep our heads down, keep working and let our play speak for us,” Williams said.