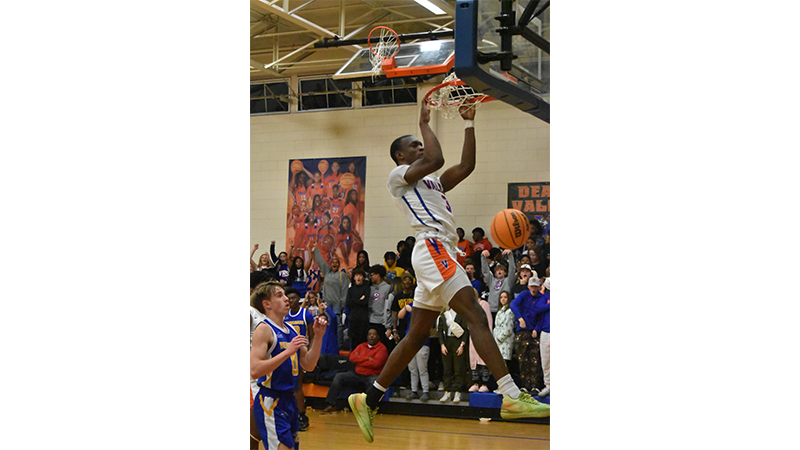 The Valley Rams continue their historic season as Valley took care of business in a 67-38 win over the Beauregard Hornets on Friday.

The Rams got off to a slow start as the team was facing a little bit of fatigue.

Despite the slow start, the Rams still took a 16-7 lead at the end of the first quarter thanks to the play of their starting five.

The Rams continued to have a slight slump in the second quarter, but things opened up for Valley in the third.

Valley head coach Marson Harper was a little disappointed with the slow start.

“We didn’t play well in the beginning, but we picked it up,” Harper said.

“We played hard and pulled out an area win. We weren’t focused on being a team. They came out too relaxed and took Beauregard for granted. Beauregard played hard in the beginning. We did what we needed to do to get the win.”

Harper was pleased with some of the players who came off the bench.

“Kendall Parker stepped up and gave us and gave us some valuable minutes. The bench played hard.”

The Rams are getting very close to matching their season win record as Valley is 21-0 and the record is 23 wins in season.

Harper is glad to be a part of the historical season.

“We’ll go home and watch film on Lanett and focus on our next opponent.”

The Rams will travel to Lanett to face a Panther team coming off of a massive double overtime win against LaFayette.

“We just have to do what we do,” Harper said.

Cam Dooley was the leading scorer for the Rams with 13 points.

Dooley added on six rebounds, two assists, a steal and a block.