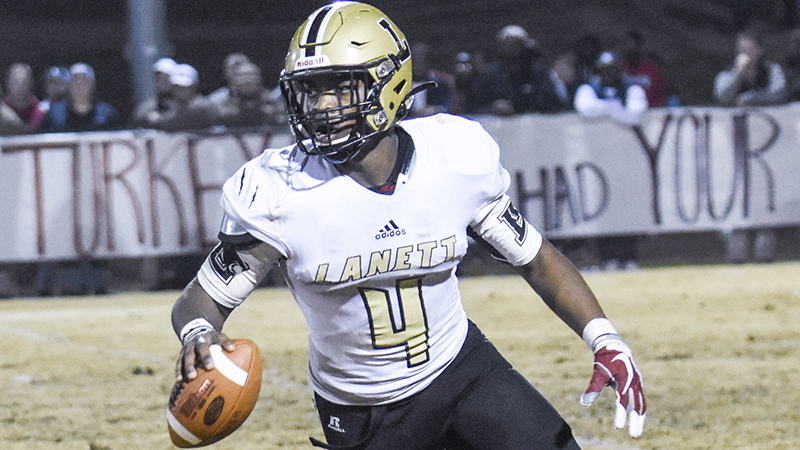 One day after claiming his second state championship, Lanett quarterback Kristian Story was named the Gatorade Alabama Football Player of the Year.

He was the first Panther to ever receive the award.

Alongside the athlete’s athletic accomplishments, the award also emphasizes excellence in the classroom and the community.

“Kristian is the kind of player that is hard to defend,” Valley High head coach Buster Daniel said in a press release. “He prolongs plays with his feet, gets out of the pocket and throws the ball downfield, or he just out-thinks you. He’s a complete player.”

He finished the season with 1,283 rushing and 2,865 passing yards, totaling 52 touchdowns. He finished his Lanett career with 175 touchdowns and 13,169 total yards, both are state records.

In his four years, Story has maintained a B-plus average, alongside volunteering at a nursing home, as a youth football coach and various community activities through his youth group.

Alongside winning the award, Story can award a $1,000 grant to local or national youth sports organization because of Gatorade’s “Play it  Forward” marketing platform.