‘Stepping Up’ gets new case manager 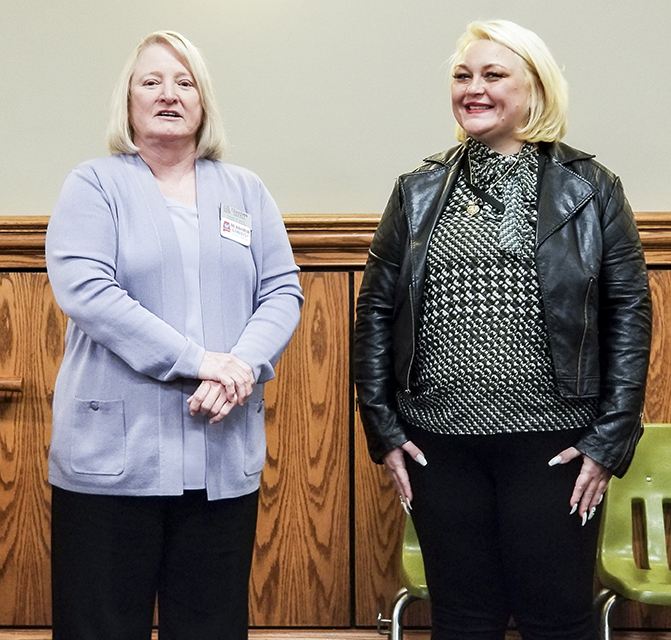 LaFAYETTE — A case manager has been hired for Chambers County’s “Stepping Up” program.

Jessica Driggers, a LaFayette native, has already been hired by the county and plans to begin working inside the jail in late January. Right now, she is going through training, according to Chambers County Commissioner Debra Riley.

The county received $60,000 earlier this year in state funds to work with East Alabama Mental Health to send a caseworker into the jail. The case manager, which is now Driggers, will examine incoming inmates struggling with mental health.

The program is called the Stepping Up Initiative to Reduce the Number of People with Mental Illnesses in Jails but is shortened to Stepping Up.

The program asks the court system to take a look at everyone booked into the county jail and ask them assessment questions. If needed, the case manager will further examine the inmate to see if they need additional services.

Riley has said this program is necessary because once a person is booked in jail, they lose access to their medication and even if they are released, they must go back through the process of getting prescribed again. However, through this program, not only will those inmates get examined, but they will also get the treatment needed.

“I am excited to get here in there and start collecting data, and see how many patients we have that fit into that program,” she said.

Additionally, Driggers, who was hired by East Alabama Mental Health, will work with a nurse through the county to examine inmates who are currently in jail before this program starts.

Also, as part of the program, a team will collect and review numbers to assess needs while identifying individuals entering the jail system with mental illnesses and their recidivism risk. The team will use that information to guide decision making with the jail system.

The county will also be tasked with examining treatment options and determining what programs and services are available to those in the county with mental illnesses while identifying barriers to getting such treatment.

Riley said there are inmates in the county jail who need to be institutionalized with the state, and Driggers’s job will help communicate between the county and state about such patients.

“These are individuals we would never put back on the street or seek housing for,” Riley said. “But the county jail is not the appropriate treatment place for them to be.”

“Without the help of Ms. Riley, this all wouldn’t have been possible,” Driggers said in a news release. “She really has been the one who got the ball rolling on this entire program, and we are so grateful to have her, as well as the support of the local community and the other members of the board.”

Chambers County Sheriff Sid Lockhart has also been in favor of this program because he has said the sheriff’s office is limited in what it can do to help people what charges are filed.

“The only thing we can do is put them in jail,” he said. “It is sad, but they have closed down so many mental health facilities over the years, and we have so many who need mental health treatment. I think this is a good step.”

He said several individuals need medication, which must be prescribed by East Alabama Mental Health. However, the dissemination of information doesn’t always happen right away. He said an inmate booked for a non-violent offense with a mental health problem could quickly turn into a violent offender without medication.

“We are not trained to handle those situations like a hospital would be,” he said. “We are just not equipped to handle it best way it needs to be handled.”