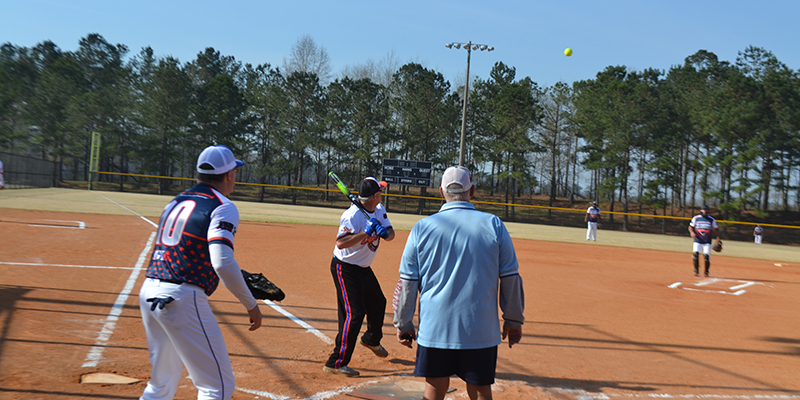 VALLEY — The parking lot at Valley Sportsplex was filled to near capacity on Saturday as an all-day softball tournament was held at the facility. At times, games were going on at the same time on all five fields.

It’s widely known that Valley Sportsplex is a good place to hold such tournaments, and lots of softball and youth baseball teams are coming here to play. Towns that can host tournaments often receive an economic windfall, as players, fans, coaches and family members of those teams often spend the night in local hotels, shop in local stores and eat at local restaurants.

An even larger tournament is scheduled next Saturday with more than 30 teams taking part.

A $2.4 million investment in the Valley Sportsplex is paying off on busy weekends during the Spring. The renovation work included leveling and sodding playing surfaces, reworking the infield areas, adding new scoreboards, installing new seating areas and adding scorekeeper booths.

The payoff for having a first-class place to play softball and youth baseball is now having some handsome rewards.

Mark Hudmon, who directs the tournaments for Valley Sportsplex, said that Easter weekend is the only period between now and the end of July that the Sportsplex isn’t booked for some kind of youth baseball, girls softball or senior softball event.

This past weekend, a senior softball tournament for men who were at least 60 years of age took place. On Saturday and Sunday, a tournament for men in the 50-55 age group was also held. The games continued all-day Saturday with the champion being crowned on Sunday.

“We had teams from Alabama, Georgia, Tennessee and Mississippi coming here,” Hudmon said. “Getting ready for these tournaments and seeing that they are conducted the right way keeps us busy seven days a week, but we love it.”

This coming weekend will be a Top Gun Super NIT event at the Sportsplex.

“The crowd we will have this weekend will double what we had this past weekend, and that was pretty big,” Hudmon said. “The teams are from Alabama and Georgia. They are youth baseball teams that range in age from seven to 12 years of age. They are competing for berths in a tournament that will take place later this year in Savannah.”

There was a period of trial and error involved, but Hudmon has found the right organizations to book for Sportsplex tournaments.

“We have found the right connections with the right people,” he said. “We’ve booked tournaments in the past and people would pull out on us at the last minute because they didn’t have enough teams for one reason or another.”

Hudmon said that with 30 teams coming this weekend, there will be six teams per field at the Sportsplex.

“We will work it out,” Hudmon said. “We love having teams coming here to play.”