Point football focuses on themselves this week 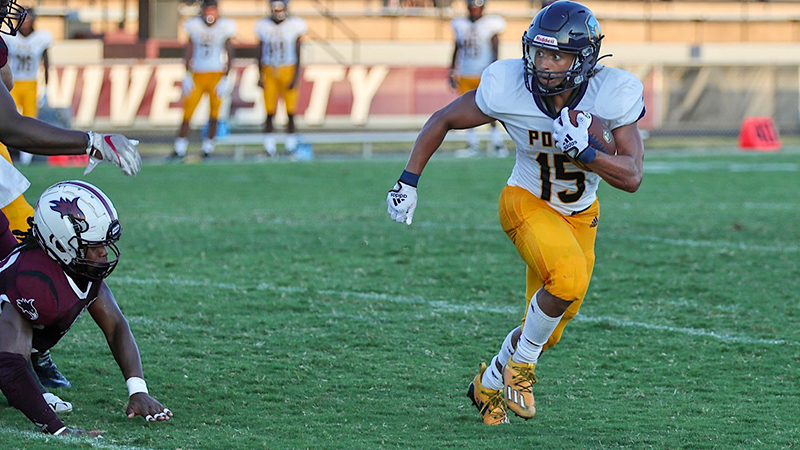 Point’s football team is coming off of a 34-7 loss in its opening game at Cumberland last weekend.

Offensive woes continued to plague the Skyhawks as they suffered four turnovers that led to them having issues in the red zone.

They’ll be at home this week, but they have to face Faulkner, who is coming off of a close loss to sixth-ranked Reinhardt.

“We kind of just self imploded,” Zeiders said. “There was a three minute and 42 second stretch where we couldn’t do anything right. We’re emphasizing a lot of not beating ourselves. We’re emphasizing finishing. The plays we didn’t make on Saturday, we have to be able to make.”

Zeiders isn’t making many changes to his game plan for this weekend.

“We’re still taking the same approach we take each week,” Zeiders said. “We’re focusing on execution. That’s what it comes down to. We have to do what we’ve been asked to do. You could be the best play caller in the world, but if your guys don’t do what you ask them to do, it doesn’t matter. We’re trying to focus on us. If we don’t do what Point needs to do, we’re playing more than just Faulkner at that point.”

As far as coming off of the loss, Zeiders knows there were some good things he saw from his team.

“There were some really good things we saw on film,” Zeiders said. “I’m not much for moral victories, but you look at the second half of the game, and we beat them 7-6. It was just that little three minutes in the second quarter we struggled with. We have to go out on Saturday with the understanding that we can have success and win a ball game.”

Although he knows his players need to improve, Zeiders saw a lot of effort from his guys on Saturday.

“I was impressed with our energy and our effort,” Zeiders said. “We made a bunch of mistakes. We had 13 penalties. You can’t shoot yourself in the foot 13 times and expect your foot to still be there. We had four turnovers. If you have four turnovers, you’re cutting off your leg. We beat ourselves. We were in the red zone five times and had zero points. That can’t happen.”

Point does get to play at home this week, but Zeiders is worried the players might get distracted before the game.

As for their quarterback situation, Zeiders will likely start Payton Allen over Mitch Gossett and Brenton White despite Allen not starting last weekend.

“Payton was going to start last week, but Payton missed weights,” Zeiders said. “That’s a big deal. The starter will still probably be Payton Allen. Payton has to step up and seize that. Brenton did some good things but at one point had six straight incompletions, so that’s why Greg [Forest] decided to go to Payton. Payton struggled a little bit, and then we put Mitch in. Mitch had some success, but he started to be unsuccessful, and that’s when we went back to Payton.”

“The stats don’t tell the whole story,” Zeiders said. “Our quarterbacks are taught to throw the ball to a spot and on time. On some of Payton’s incompletions, he was putting the ball where it needed to be, but some of the receivers ran the wrong routes. That’s why we’re focusing on us this week.”

Point will play Faulkner at Ram Stadium at noon EST on Saturday.