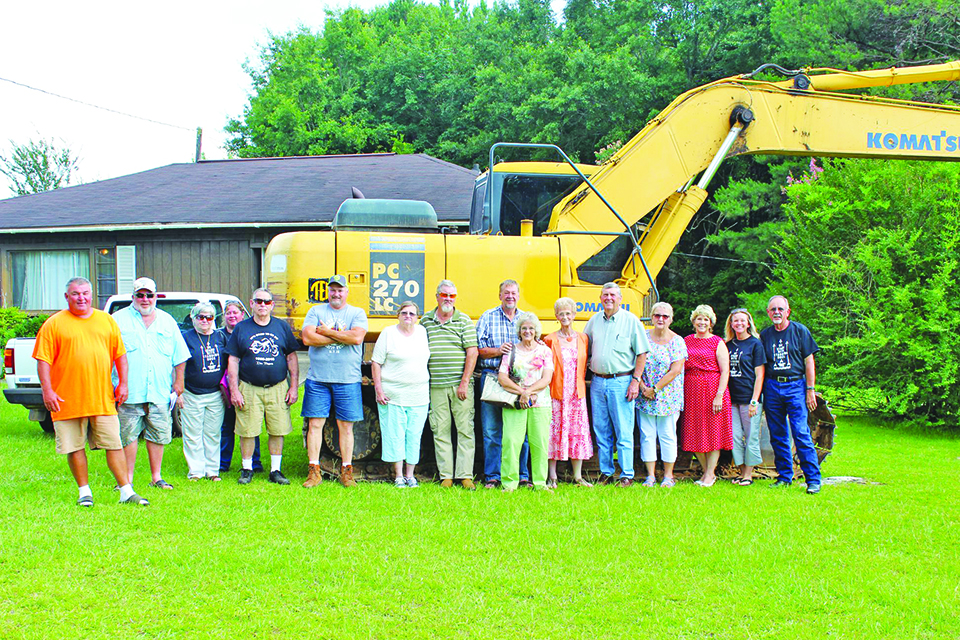 STANDING ROCK, Ala. — Land clearing is under way for a new community center in the Standing Rock community.

A new metal building will be going up directly behind an aging building that’s served the community well since it was built by volunteers in the early 1950s.

Since that time, the original building has served as a voting place, a place to hold wedding receptions and family reunions and at one time to have Sunday school classes for the nearby Standing Rock Methodist Church.

There’s lots of good memories associated with that old building, but it has seen its better days. Members of the community have decided that it’s best to take it down and put up a new building.

This will continue the tradition of having get togethers and a place to vote in the crossroads community not far from West Point Lake.

“Anthony Caldwell has been grading the site for us,” said Committee Chair Sharon Dodgen Spriggs. “P.L. Hood who works for Batson-Cook will help us with putting up the new building. We’re getting a pretty good deal on the metal building. We need something that’s 40 feet by 60 feet. We can get one for about $5,000. This fell into our lap recently, and we’re excited about it. It’s our goal to be in it in 2019.”

Spriggs thanks the Standing Rock Hunting Club for helping with fish fry’s that have helped raise money for the community building fund.

A fundraising fish fry took place this past spring and another one is set for Saturday, Oct. 27.

To see photos of fundraising events and progress being made toward a new community center, join the Facebook group Standing Rock, Alabama Community Center Building Project.

“This is a good little community,” Spriggs said, “but people are getting older and we don’t have the children coming along like we once did. We still need a place for people to have birthday parties and family reunions.”

And a place to make new memories.

Standing Rock is best known for the shaft of stone that gave the community its name. It’s right off the downtown crossroads and is one of the most photographed places in Chambers County.